One of my biggest interests is the history in India from 1750 to 1850. Even my first figures which I asked a sculptor to make me, where Wellingtons Sepoys.

Over this time, I had several sculptors working on this range over the years. Many of the figures I used in our Cuddalore 1783 diorama. You see the photos from it on the link.

One of my ideas for future projects is the battle of Assaye. The question was always, how did the Mahratta infantry really look like. Usually they were described as simply white, as shown in this painting of the 19th Light Dragoons. 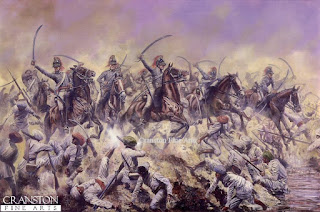 But this is wrong. After the fall of the French in India, many French officers took service with Indian princes. The most famous of them was Benoit de Boigne. I buy every book  about the subject, I can lay my hands on. In the past the Nafziger collection was a great source of books for obscure subjects.
See here an extract of  "European military adventurers of Hindustan from 1784 to 1803". 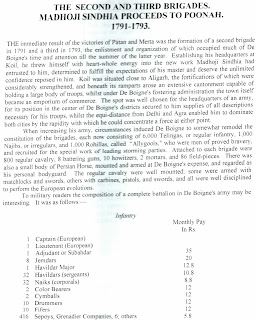 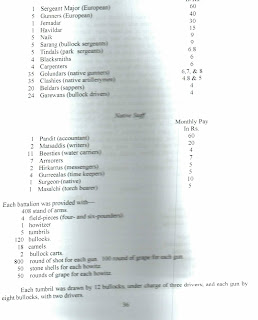 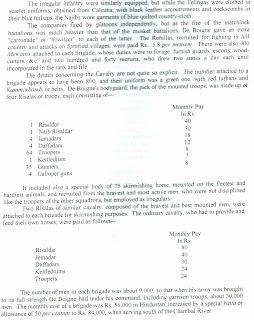 The Telingas (Regulars) were clothed in scarlett uniforms, obtained from Calcutta.
In a French book about De Boigne I found this contemporary drawing. 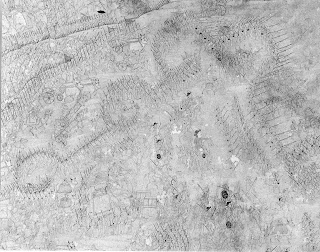 Very difficult to see the details, but I tried to catch them. Yes it was me, not my 9 year old daughter.... 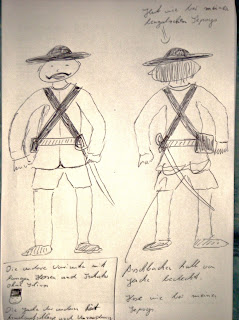 In the end, what you see here is in my eyes the cut of a British Sepoy uniform (sent from Calcutta). Maybe they worked over it in time, to make the jacket longer as we often see in Indian paintings. Usually the Indians also paint the British with uniforms like a frockcoat.
But here is another Indian painting, showing shorter uniforms. This time a longer shako (or Turban) 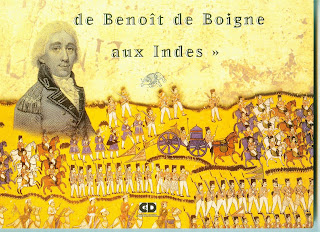 The question remains, is the last painting really from the period of de Boigne? For me it looks like in the late 1810s.
One thing is sure, the uniform of the regulars was red. And in my eyes the looked like Indian Sepoys.
If anybody can offer more inside into the subject, I would be glad to learn more about it.
Eingestellt von Uwe um 08:42