Next steps in our Poitiers diorama

I took the last two weeks to search my painted figures out of the collection and started glueing them on my usual bases.

At least I found around 1000 figures, but I fear I can't use them all. 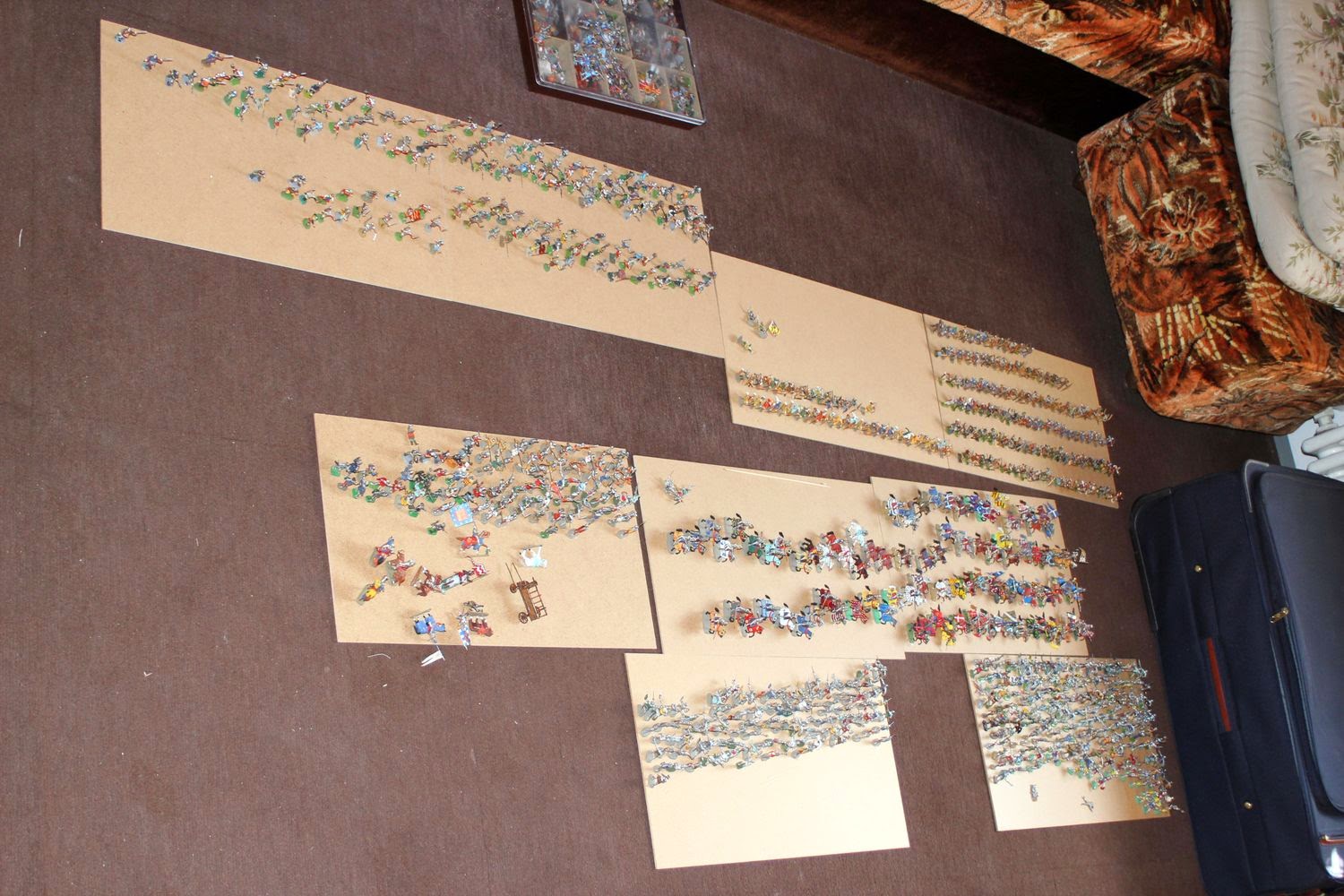 How deep should I arrange the French knights? Several rows in the upper photo, just 4-5 rows in the second looks not so impressing. 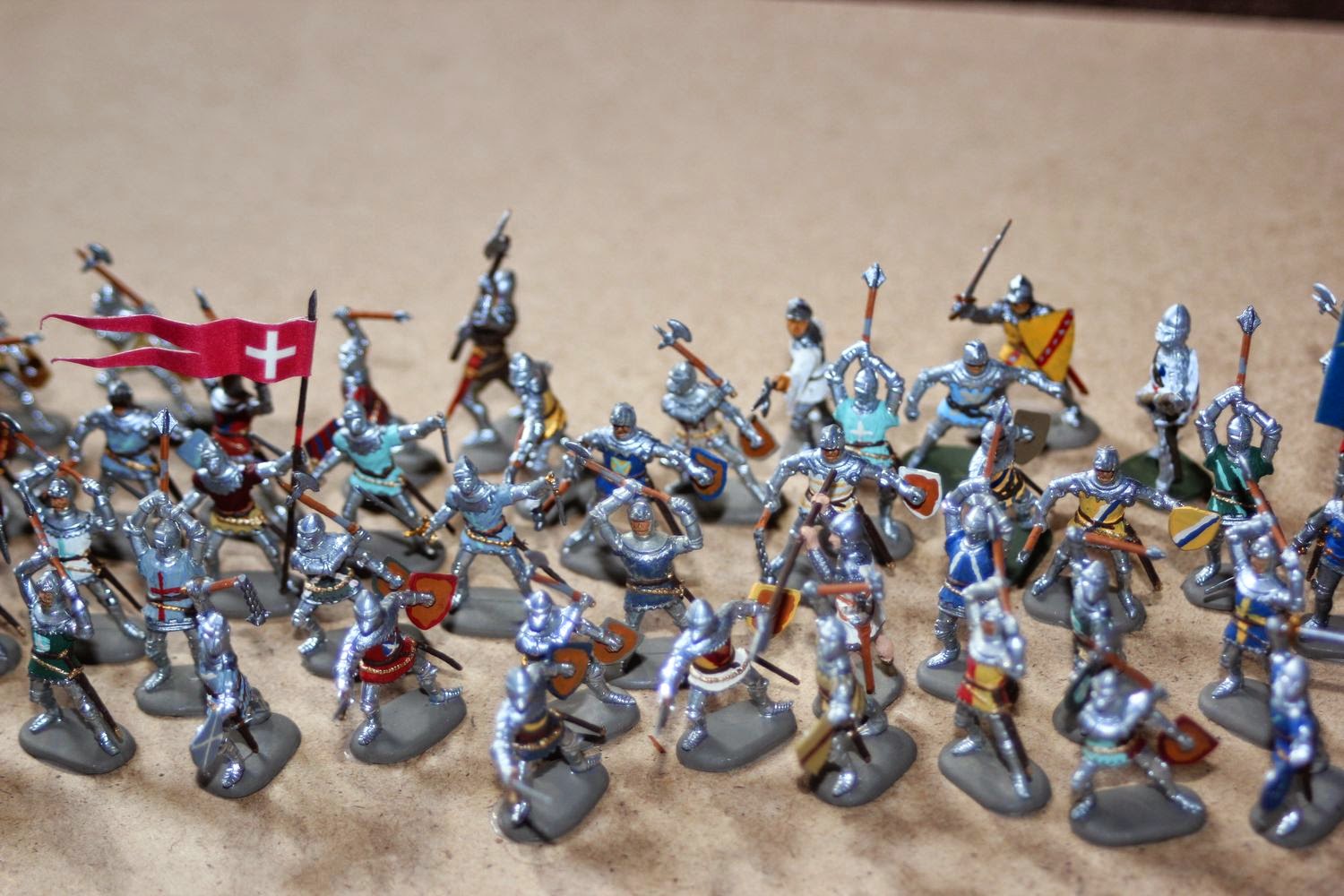 The 300 English knights who attacked their flanks are not the problem. When the archers ran out of arrows, they attacked the French line too. Not to forget the 1000 Welsh spearmen on the English side. 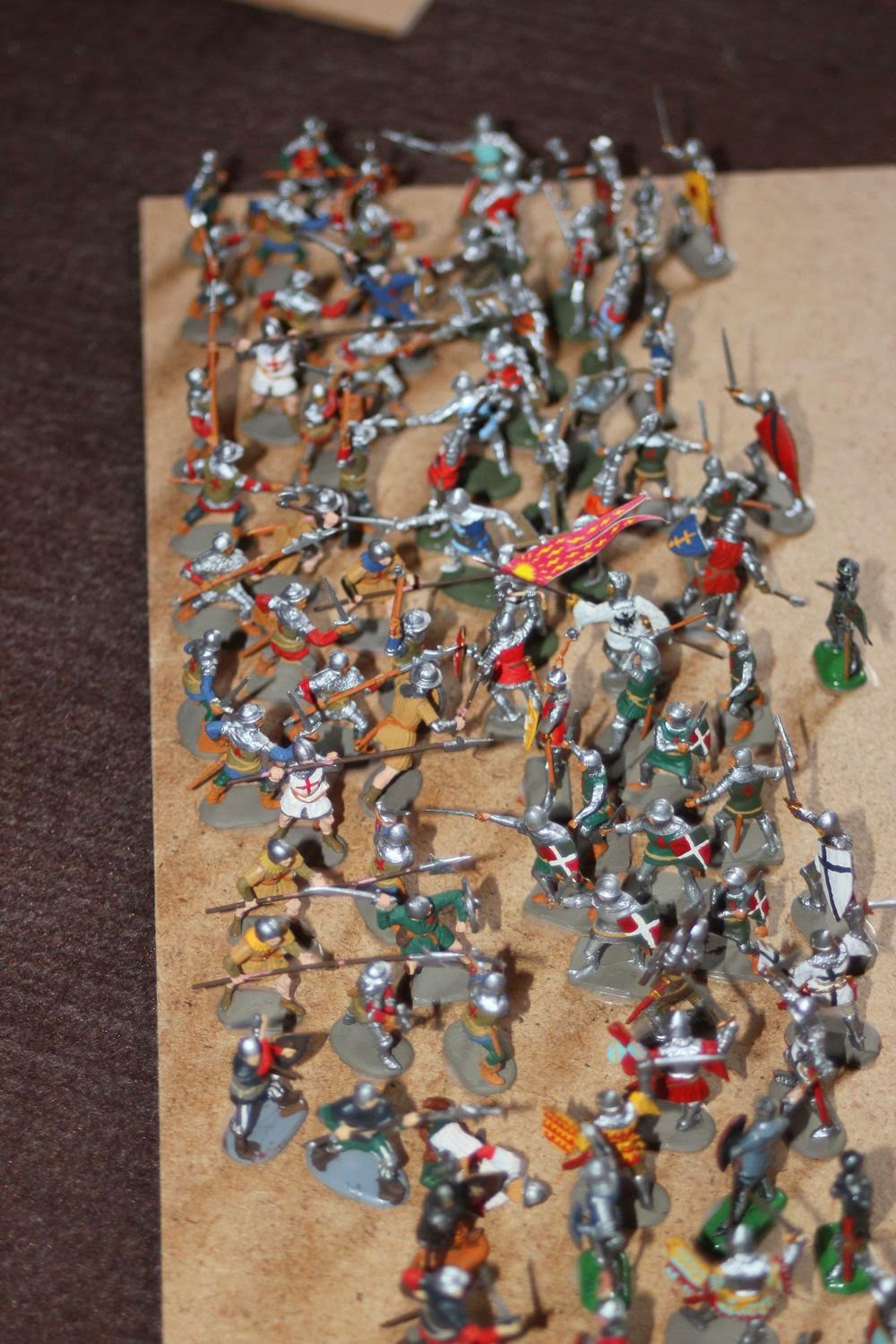 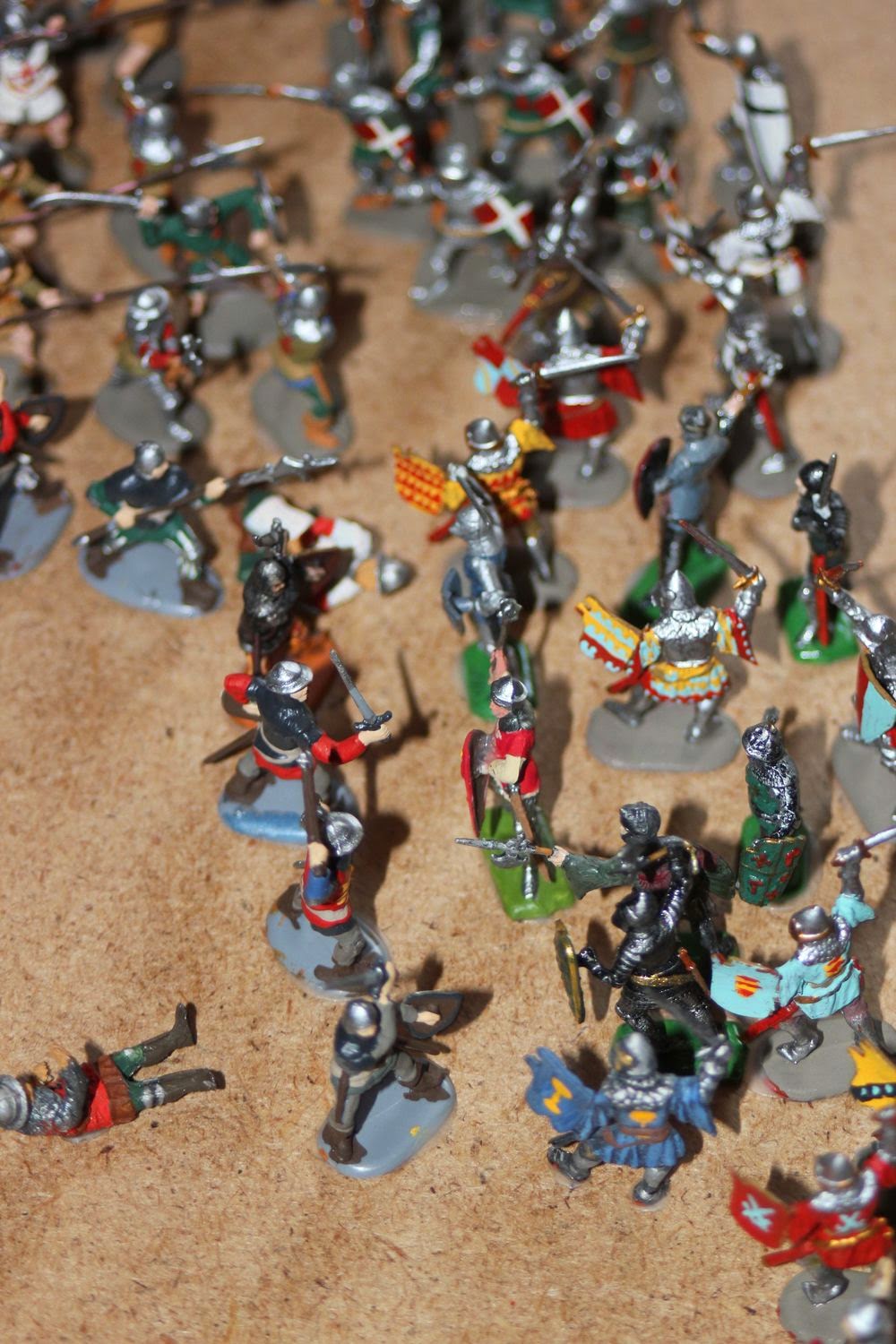 The archers I arranged in six rows of 30 figures each. At least here I have 200 done. 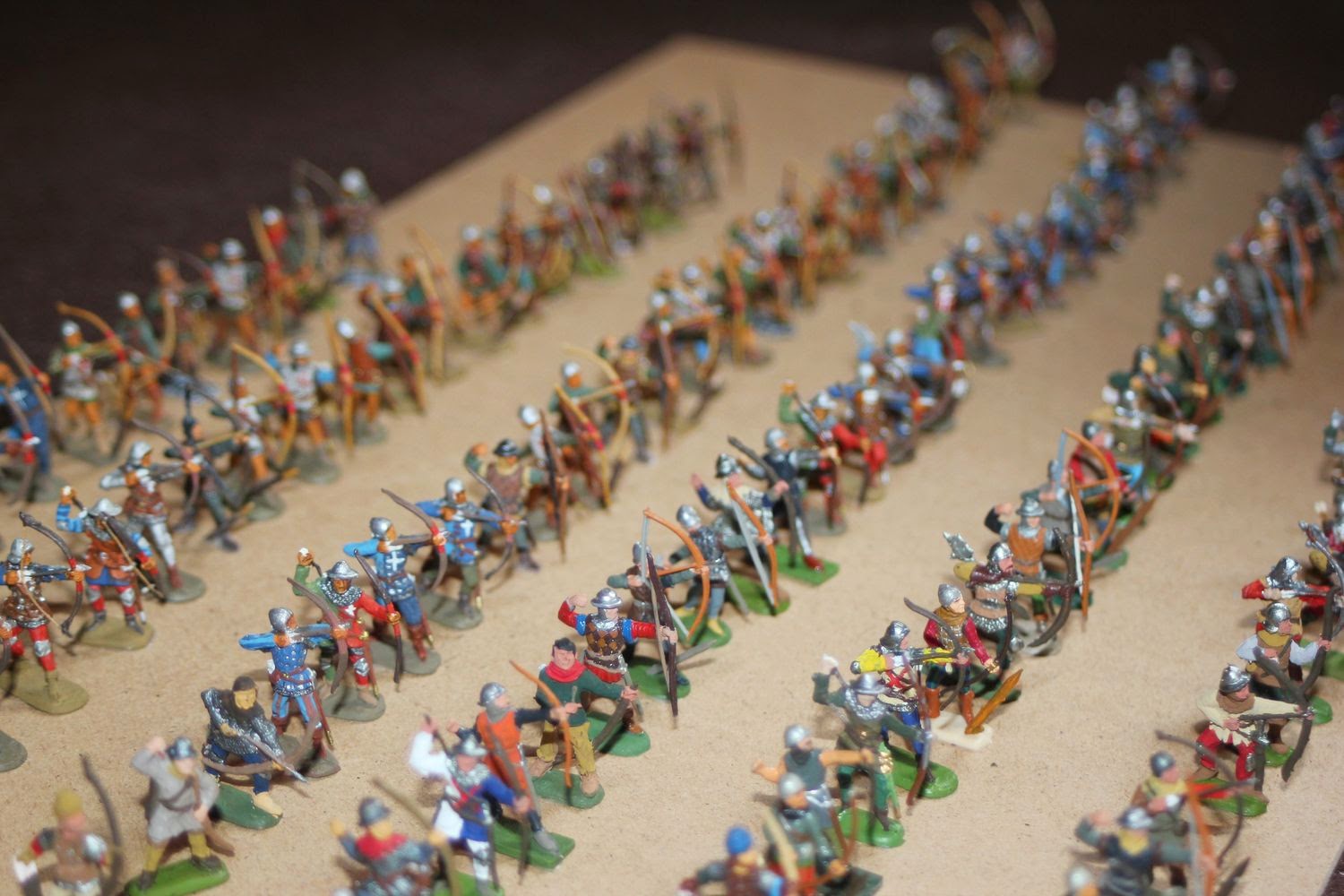 I thought on one flank the archers are still firing, when on the other they started charging the French. 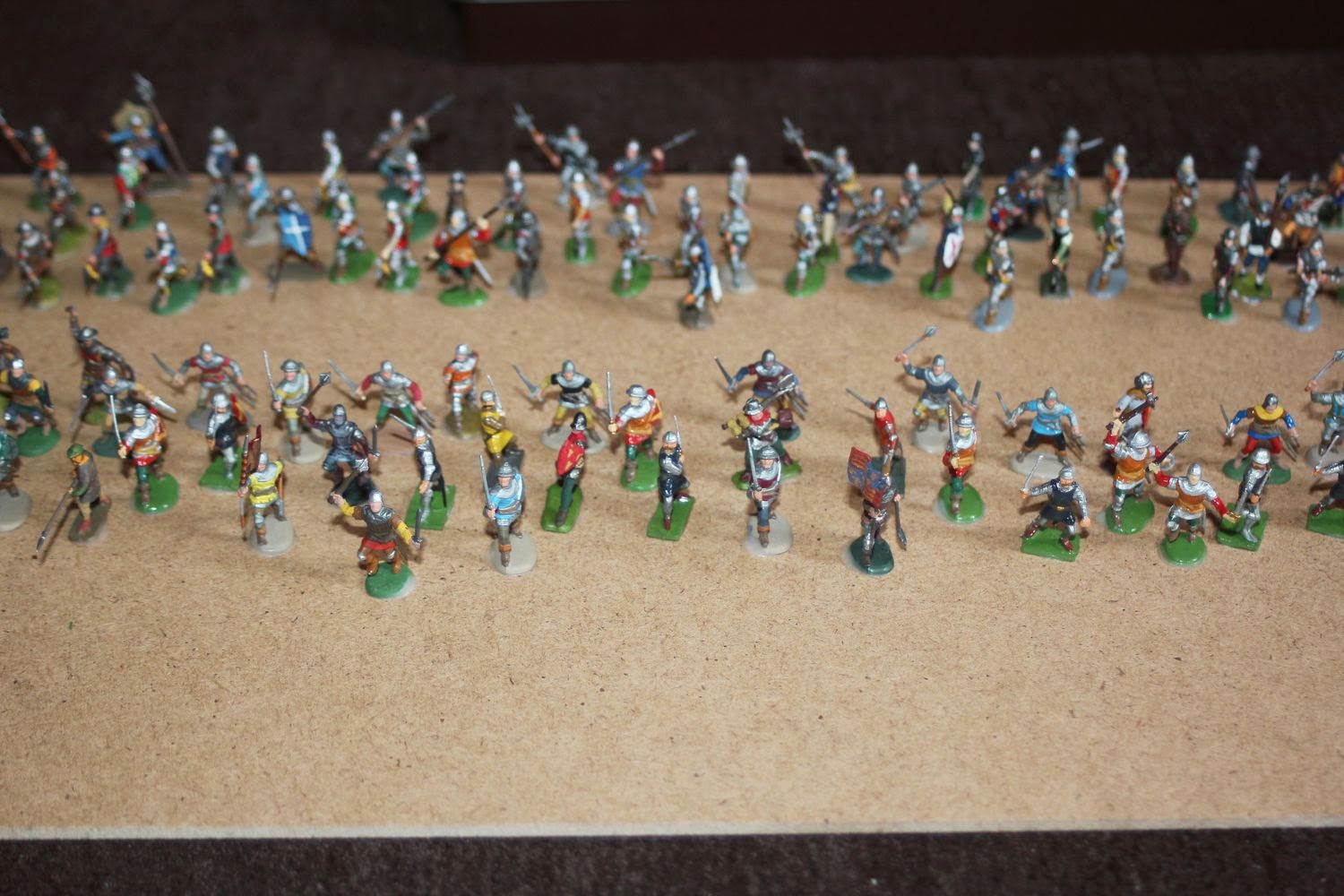 At least some nice command figures for the English are ready too. 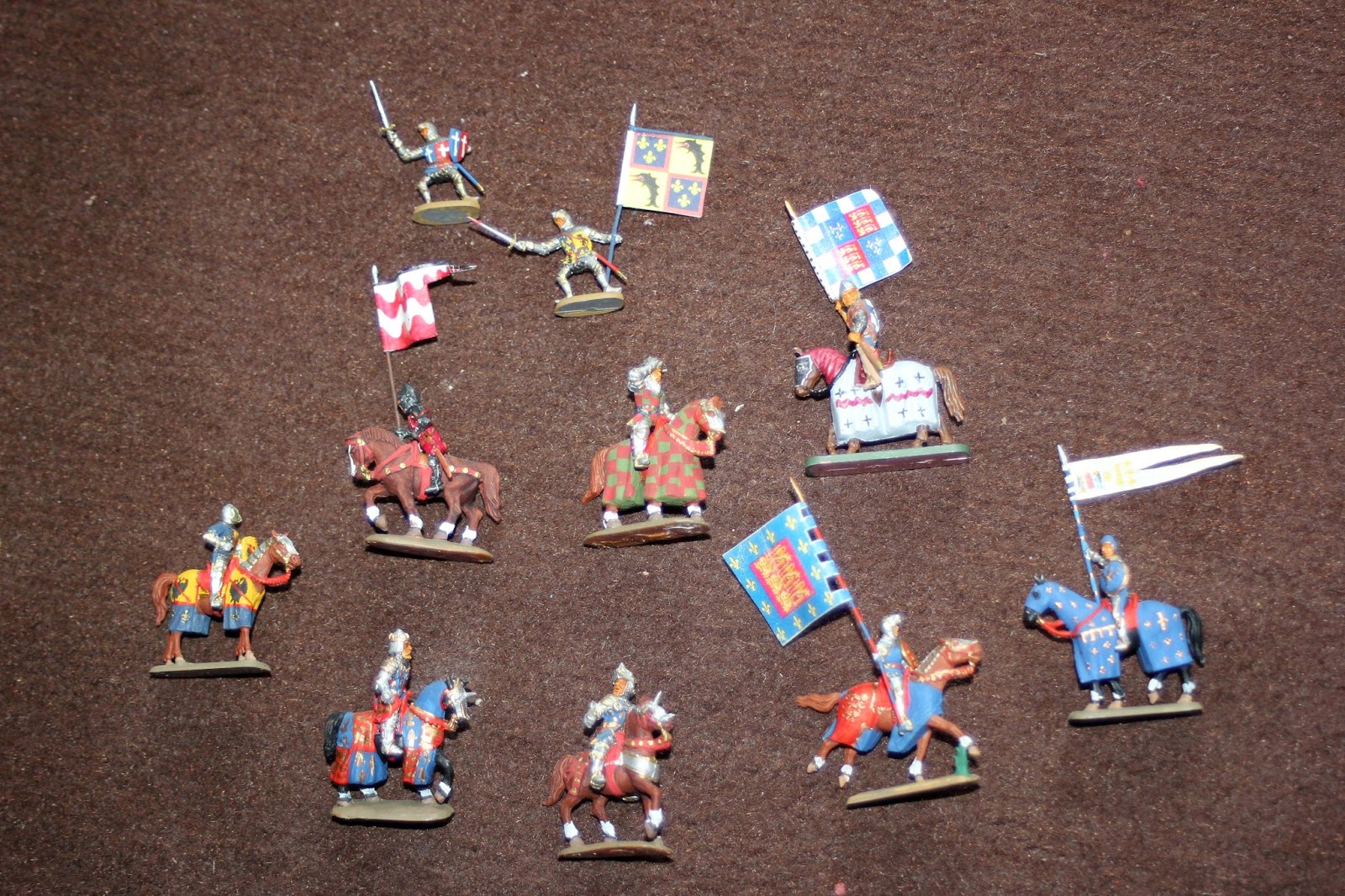 But there is still a long way to go to fill the complete plate...
Eingestellt von Uwe um 02:34