Since years Pieter and I have a nice tradition - we pay for each others masters from our wishlist.

On 12th March is was my turn. Marc helped me and together we asked Massimo to sculpt us some more French dragoons for Pieter's armies.

He wanted to have troopers in resting or advancing position with swords fixed to the shoulder.
So we took one of his files which he usually prepares and let do Massimo the rest:-)
Here the result: 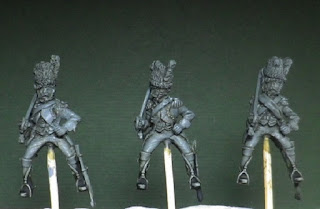 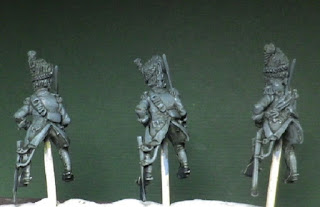 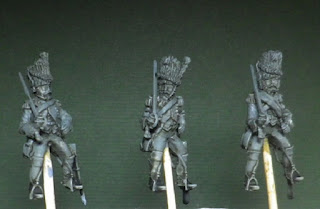 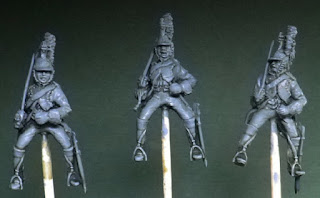 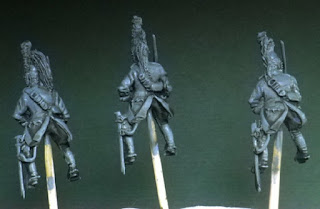 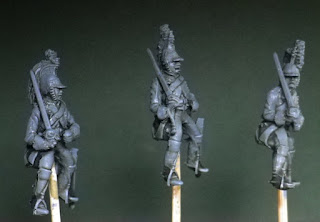 Three for the center companies, three for the Elite. The latter could be used for Grenadiers a Cheval too if you paint yourself the cords. And the idea goes further with a bicorne to have Gendarmes or a smaller one to make them line cavalry for the revolution.

As horses we will use the already existing ones from Bavarian Dragoons and the French dragoon patrol set.

The figures will be available very soon.

On the 19th April is my birthday. I am wondering (no, I don't not) what Pieter will bring forward:-)
Eingestellt von Uwe um 12:51