You know with the existing range of plastics it is difficult for a purist like me (Schmitty always searches for cover when I start to tell him about historical correctness of uniforms:-))) to create a Spanish tercio and French attackers.

Ok, to cover the mass of the figures we have to go for our exitsting armies of Revell and ACA 30YW and ECW plastics. Beside this Hank made me a great gift some years ago, sending over 800 Hinton Hunt and Tumbling Dice ECW figures with a lot of cavalry. Beside this I have others like old Minifigs S-range and Kennington .

Now with Mars hitting the market with French and Spaniards this is an option. But to be honest I have seen worse figures - and a lot of better ones...

So as you know me we started ordering some new figures from sculptors. Massimo already put photos of the figures he is sculpting after the Ferrer Delmau painting for Michael Cremerius from Germania figures. These figures will be available within the next few month in resin and metal. Another sculptor, Denis from France is working on dead and dying figures and some more cavalry. in the end we will have a lot of figures and hopefully the time to paint them:-)

Beside this stuff, Falcata miniatures started with a Spanish 30YW range too. See here, how they look like. Very interesting for us. 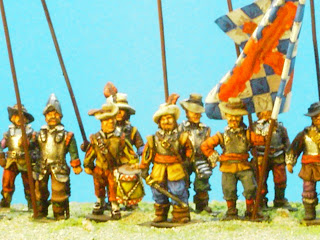 I am not sure, but have I posted this photo of the French OOB at Rocroi before? 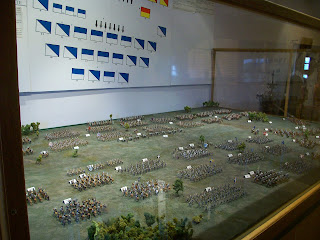 And here how a proper Artilleryunit should look like 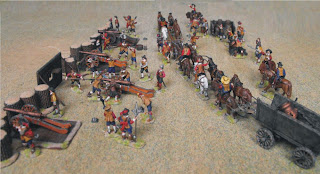 And as I have mentioned Denis above, see here some of his 25mm figures. These photos are again from Alfred's collection. Believe it or not, but Denis is carving out figures from a peace of soft wood!! 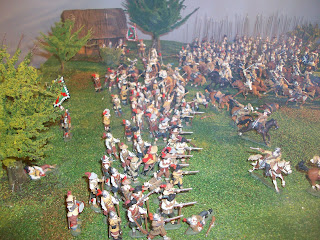 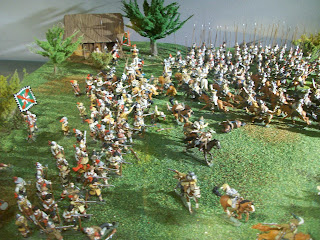 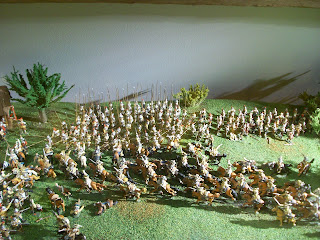 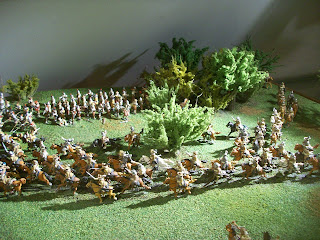