Well, you know I am always after the lesser known subjects:-) This here is the most exotic stuff I ever made for myself. Westafrican cavalry (Benin, Sokoto etc) for the 17th to early 20th century.
These guys buildt an Empire in West Africa and fought against Slavers and other African natives. When the British came in 1904 they thought they can match them too in heavy cavalry charges on British squares with machine guns. Didn't worked this time then....

I produced two such figures some years ago with six different head-versions. Now Dirk Risser painted for me the first of this figures and I want to show you the photo here. 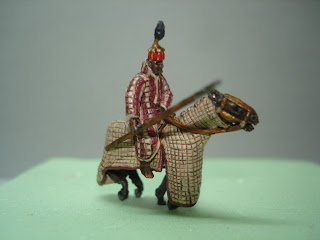 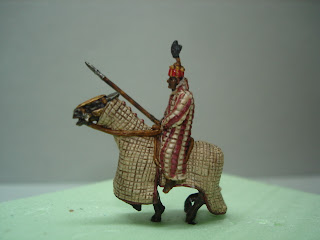 These guys are much more colorful than you can think. Would be an eyecatcher on every colonial diorama or wargame in my eyes. 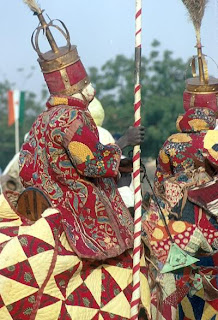 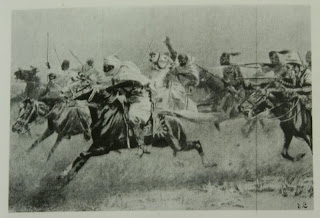 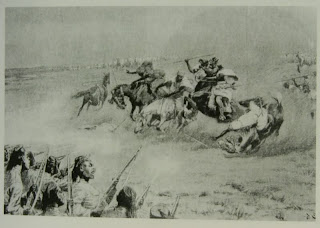 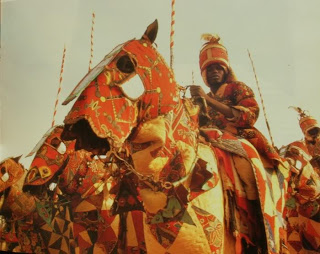 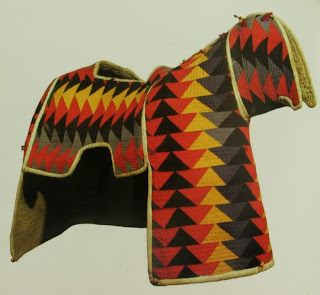 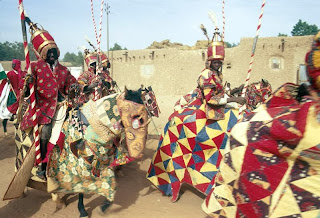 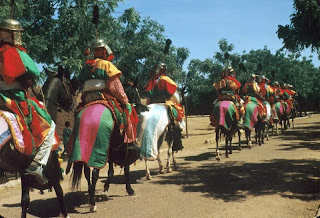 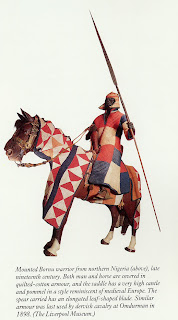 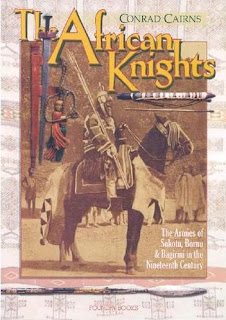 So in case you are interested in such extotic stuff, they are now in the shop:-))
Eingestellt von Uwe um 03:56