The complete set of Dromedaries

Before I start showing the figures of the masters here a photo of how we will get them.
Looks terrible but my idea was to cover most of the uniforms.

Here we now have the hussar uniform on all figures for which you could use the bicorne. The plume was worn on parade, not on campaign. But we wanted to have both versions.

Afterwards the figures will be converted into baggy trousers. Than you can use the bicorne and the turban.

The cascett was only worn with the stable jacket. So I think this is the first part of Infantry in the Kleber uniform of 1799 for the infantry:-) 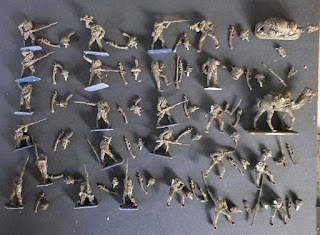 And here now the photos of the assembled masters. Please oversee the wrong headgear on some of them in this uniform. You see it is already removed:-) 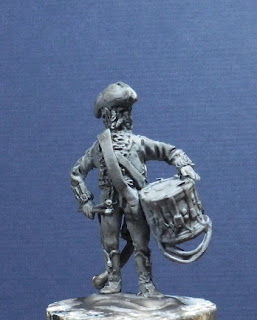 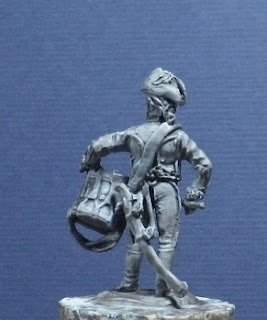 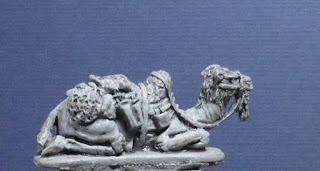 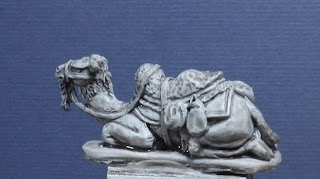 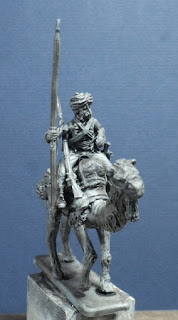 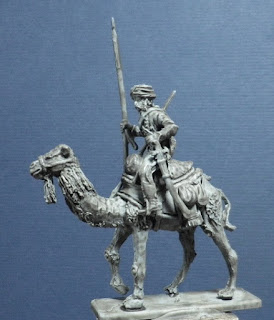 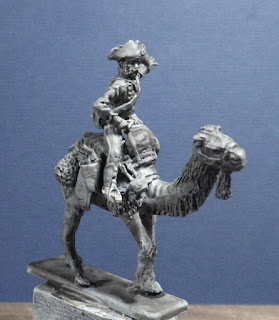 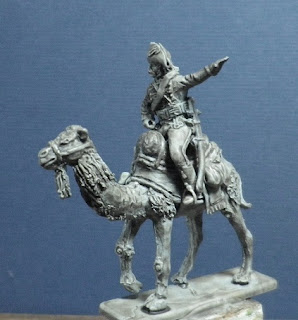 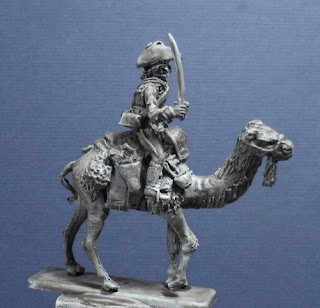 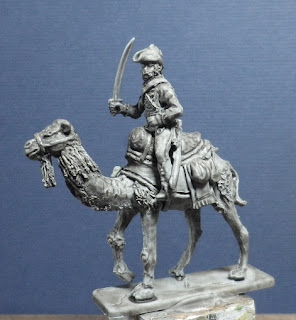 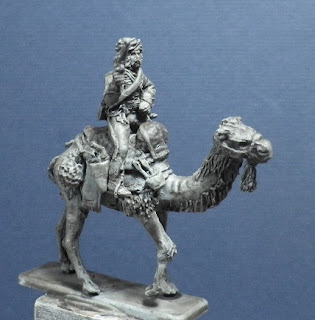 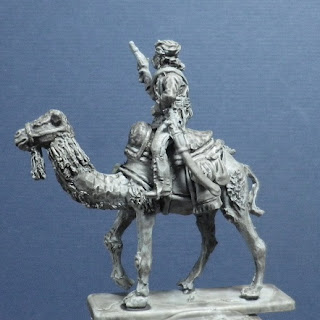 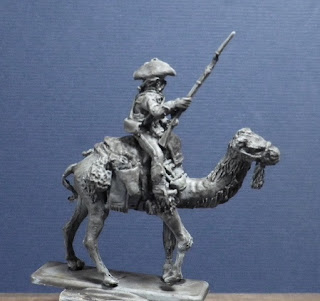 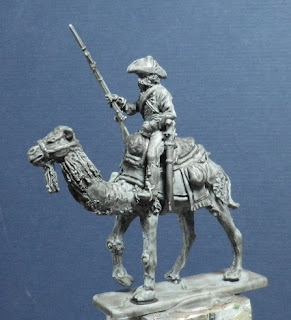 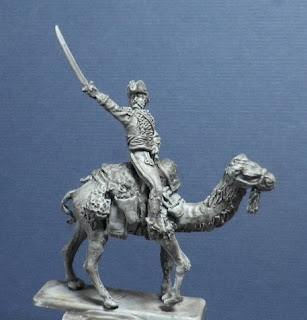 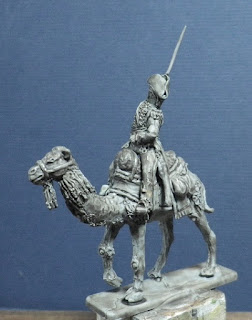 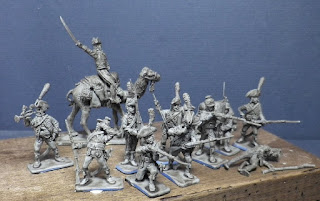 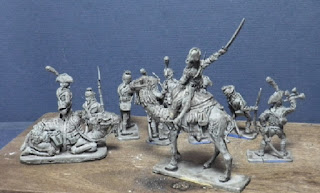 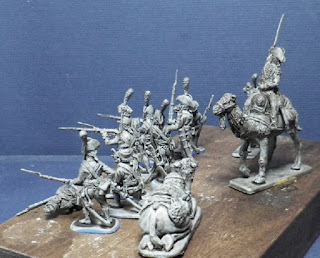 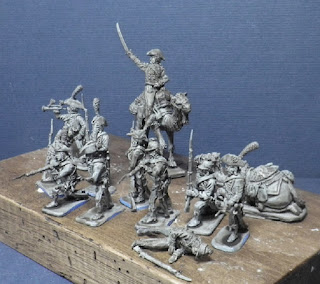 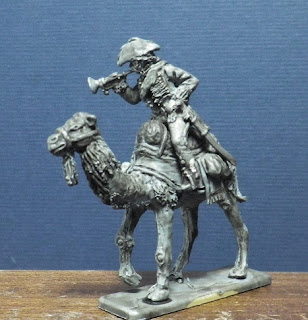 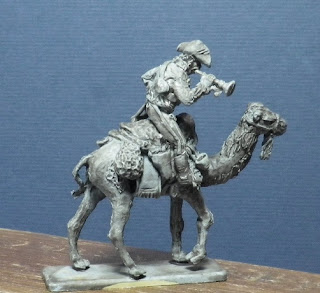 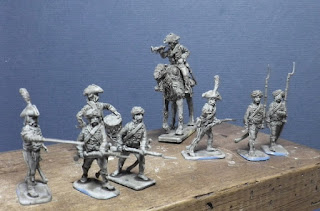 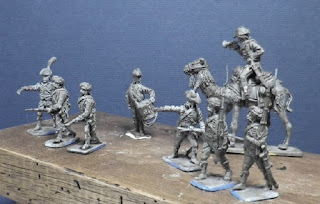 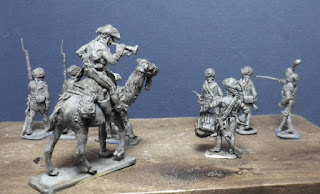