Thomas with his never ending range of the Samurai invasion of Korea sent photos of the latest master Phersu sculpted for him.

This time we have the bodyguard of the Emperor. Thomas told me they also fought in the campaign against the Japanese invaders.

When Thomas started with the subject I thought to get 10-20 masters and nobody would be interested in the range. Now we have far more than 100 different figures and this made it popular with collectors. Japanese to fight something different than other Japanese.

And as I know Thomas it will go on this way...

Seeing these guys I remember some old Garrison Chinese in my collection which have nearly the same headgear. 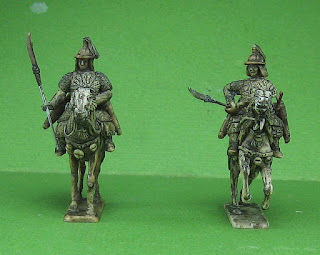 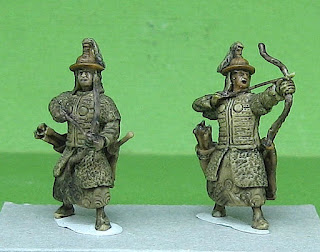 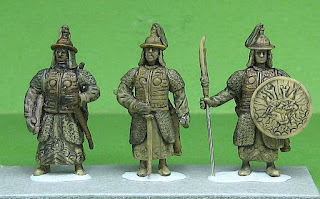 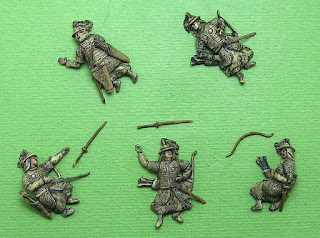