Checking the pipeline of sets to produce from the wishlists of all our collector friends I recognized that there are over 95% Napoleonics.

Well, I like Napoleonics, but also other periods. So I decided I will produce myself other ranges outside this period.

With Massimo already working on Derwish sets I thought (as I am always after the more obscure subjects) that the Derwishes not only fought the British and Egyptians, but also the Belgians in the Congo, the Ethiopeans and the Italians.

Against the Italians the Derwishes fought two battles:

As there are already enough Derwihes on the market (at least infantry) I know will lood for their enemies.

With the Italians it is easy as they mostly used their Askaris to fight of the Derwishes.
So I needed these guys:

The middle one is the uniform in the 1890ies 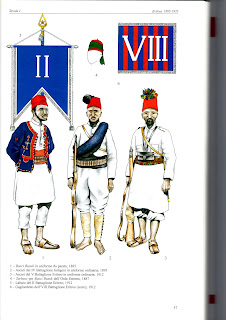 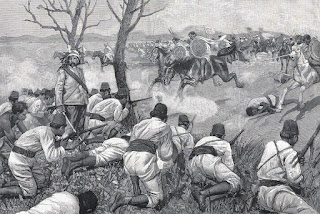 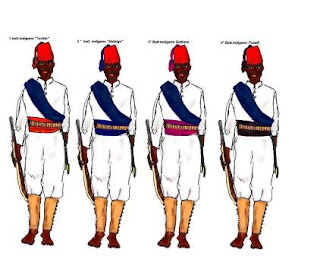 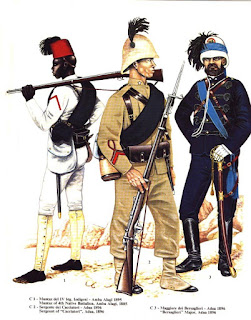 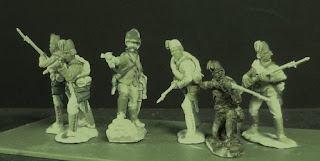 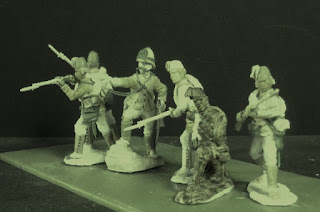 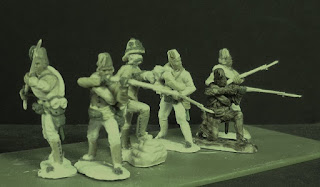 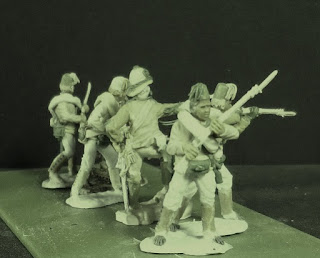 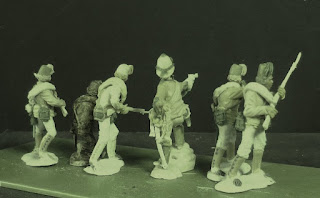 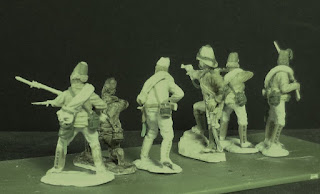 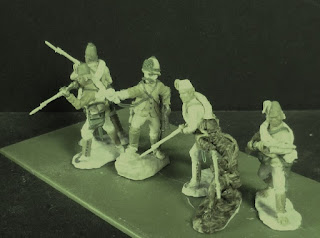 Next will be some mountain artillery (if Andy wants to make me a gun). And of course the famos "Penne di Falco" (Hawkfeathers). 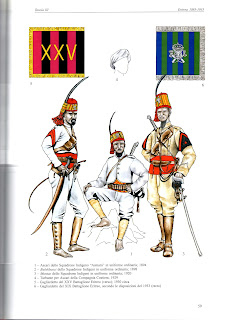 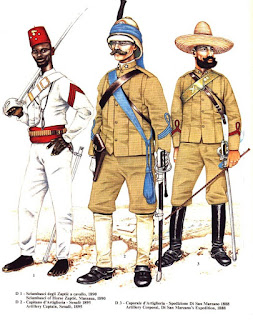 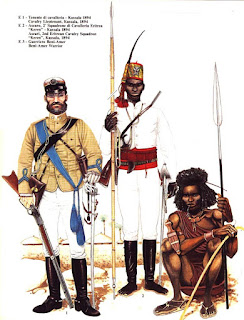 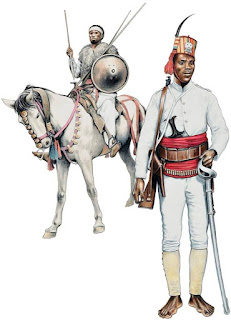 All of these units can be used for the Italian-Ethiopean war of 1896 too. So the next thing in my focus will be the battle of Adowa. This will be a bigger project as we need all the European Italian units too.

I made a post for this battle five years ago here.

Talking about Ethiopeans years ago a hobbyfriend started his own branch under the label "Johnny foreigner". The figures should be for the war of 1935/36.  I can't remember his real name but at this time I was so enthisastic, I bouth a lot of sets from him. He promised to expand the range but everytime I asked him he answered me he needs time and after a year he stoped answering at all. Since this time I am sitting on hundreds of Ethiopeans.. I think when bringing these Italians in the shop I will also take some of his figures into the marketplace in case anybody is interested in them. 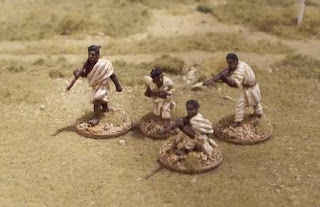 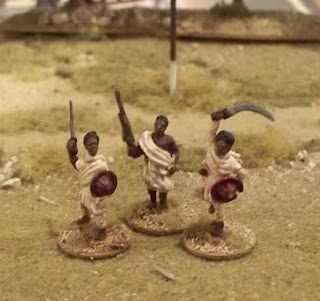 And talking about the campaign of 1935/36 - I also have the complete range of Italwars in my collection. The owner gave them to me three years ago and we discussed to produce them again. Sadly in the end he made no decission and so they are still lying around True 20mm figures, but the complete Italian colonial range of the 1920ies to 1942 included. Maybe one day I can bring them back to the collectors comunity... 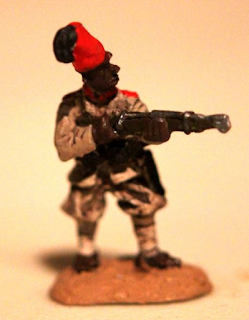