Rome, city of museums - Italian colonial history - and an old manufactor comming back

April and May are the month we usually make our anual hobbytour. This year together with Alfred I visited my friend Pier Paolo in Rome.

It was a great trip and much to learn for me. Beside visiting the Vatican (castle San Angelo with a collection of uniforms) and ancient Rome, we took on nearly every historical museum.

Outside Rome we made a trip to Mentana to visit the battlefield and the museum there.
You know about the battle of Mentana? I will make a post about it later.

We also visited some other friends (historians and sculptors), but most interesting for me as a researcher of uniforms and hobby-historians was Pier Paolos own collection.

His favorite subject are the Italian colonial wars. I learned about the Reconquest of Lybia of which I knew nearly nothing before.  So this is a subject for me to post also later and think about producing some figures.

The Italian conquered Libya from the Turks in the war of 1911-12. In WW1 while Italy was occupied in Europe, the Sanussi took back most of the country. Of course the Italians wanted to take it back.

The second Italo-Sanussi-war (Pacification war is a strange word for it) started in 1923 and went on to 1932.  The story is also covered in the movie Omar Mukhtar which I can recoment to you. If you want to know more about him take a look here.

Eight years later the Italians started the Attack on British Egypt from Libya and you all know the end of this story....

With all the history-books I found in Pier Paolos collection and all the photos and uniformplates my archive for Italian colonial uniforms grow over 400% :-)

Here some plates for ideas on figures: 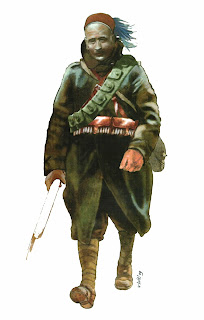 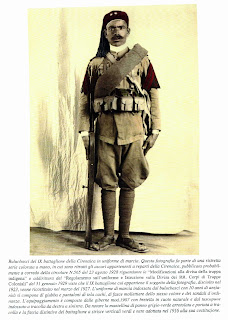 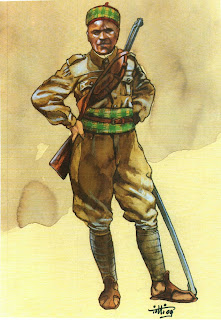 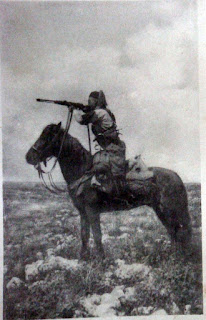 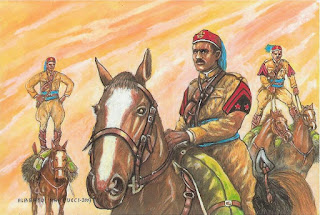 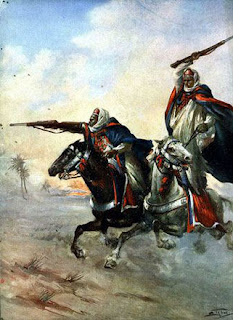 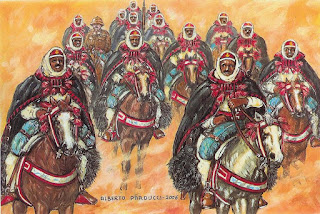 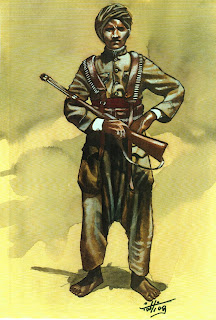 Some of the Italian armoured cars are available in 1/72 from Reviresco. These and British ones you can get here.

Some years ago Pier Paolo had his own range of figures, called "Italwars". At the moment we want to reorganize the production. To cover the costs Pier Paolo wanted to have a Kickstarter project.  Let's hope it works and the range comes back.  We would get these guys, Italian-Ethiopean war of 1935, WW1 Italians and Austrians and the RSI (Italian soldiers who fought with Germany until the end of WW2). I already found some of the latter for sell on the web.

check the link to see their style and quality.

Enough for now:-) When I worked through all the material I brought back, more posts will follow.
Eingestellt von Uwe um 02:01