To continue the last post in historical order, we now come to World War One. These are the most politics of novels in the sense of "how sweet it is to die for the Fatherland".

A series with around 100 magzines of just 22 pages each was "Feinde Ringsum". Many Germans lose their lives in the fighting, so no Supermen. But you have to give your sacrifice for your country. Sometimes young boys are the heroes. 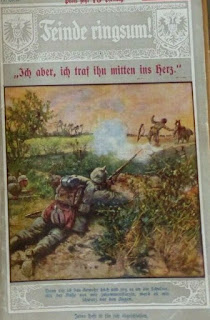 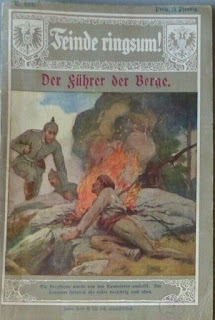 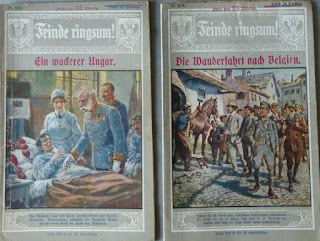 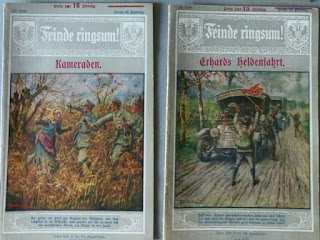 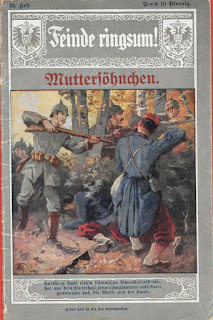 Other Series are "Mit fliegenden Fahnen" I have this special issue here, Germans mixing up the brutal British cavalry:-) 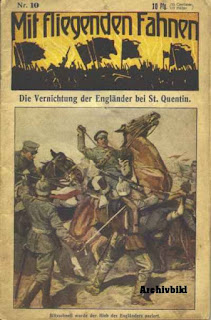 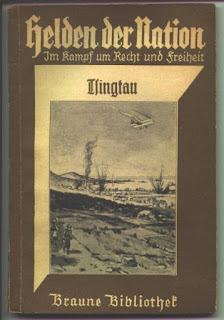 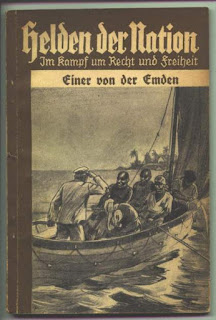 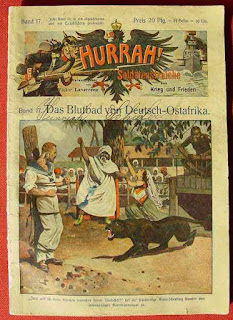 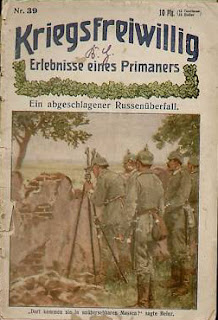 There was also a kind of comic was "Freund und Feind". At least a text with many paintings.

Then we had "Um Deutschlands Ehre" und "Unsere Feldgrauen".

After WW1 from  1935 to 1942 the Bertelsmann Verlag published 126 issues of "Spannende Geschichten". The first novels covered usually WW1, while in the end they wrote about WW2. 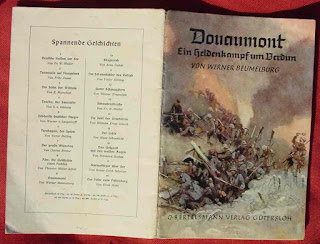 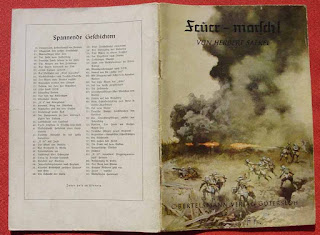 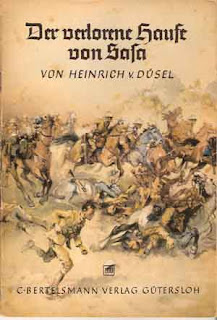 Now we have arrived in 1939 and in the next post I will come to the end of this little story about military novels.

BTW, I have several doubles and still search some others. So if someone has such novels lying around and doesn't know what to do with them, I would be glad to complete my collection:-)
Eingestellt von Uwe um 08:33