When the Bretons on the left flank of the Normans broke, a part of the Saxons charged after them.
Not good as the Norman cavalry took them in the flank and completely anihilated them...

This happened three times, first accidently, later planned by the Normans. As we had not enough casualty figures, we show here the first incident. 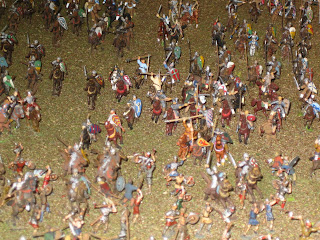 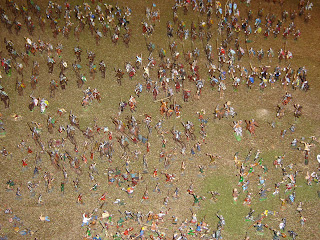 The figures are mostly Strelets and Tumbling Dice with some old Revell and conversions from other figures.

I think this is the time to thank both Strelets and Tumbling Dice, as they both sponsered the dioorama in their way. Strelets sent some sprues for free and Tumbling Dice sold me six armies for the half price. Really a great help! 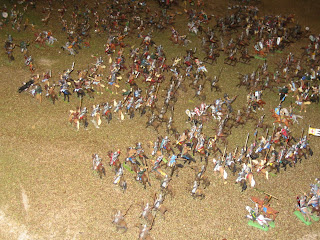 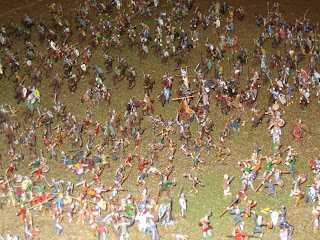