And Pyrrhus the last test!

Puh after four hours sleep tonight I will post now the photos from the last two days. Three of us whom together have already 7000 painted figures for the diorama met on Friday to organise the diorama, glue the figures on stands, seeing what is still missing etc.

Well, we painted the whole night as you can see here Rainer who finished several Roman centuries 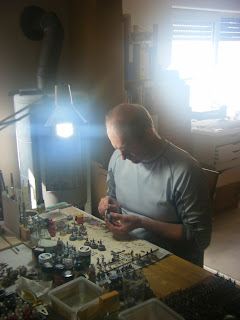 Ok, I won't show a photo of myself in this stage:-)

Here we tried to put some units together, change the positions on the plates to make it less static. We had not the space we needed but you may get an idea how it should look like.
The Greeks in one long formation, checkerboard phalanx beside Hypaspists, Hoplits or Samnites and again a Phalanx. Light infantry will be mixed in.
On the other side the Romans in the typical republican formation of Hastat and Prinzeps (8 ranks deep) and in reserve the Triari.  Of course the distance between the Roman lines should be wider. On the one flank will be a cavalryfight, on the other the Elephants against the wagons.

And now enjoy the photos! The DUZI is in two weeks and then you may be able to see the diorama life or simply wait for more photos here. 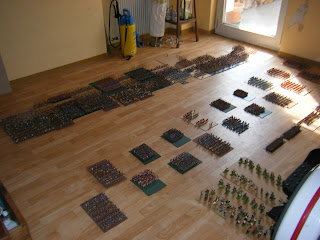 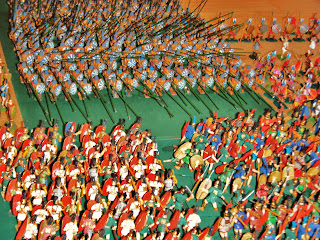 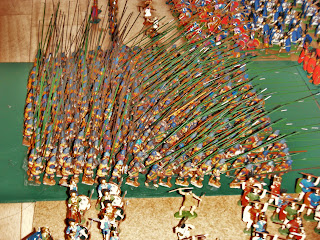 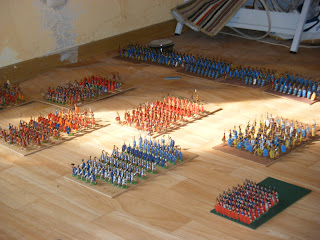 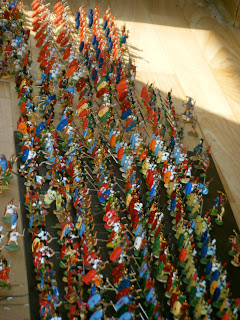 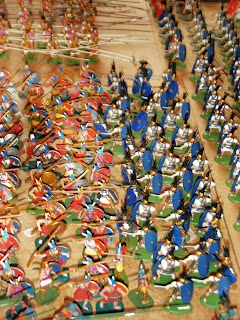 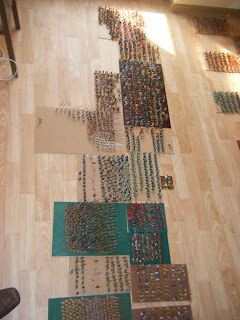 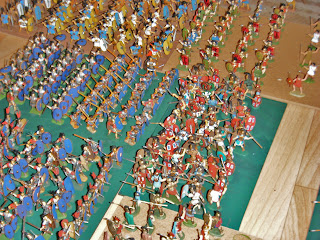 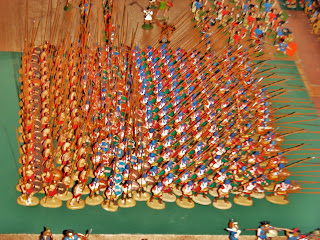 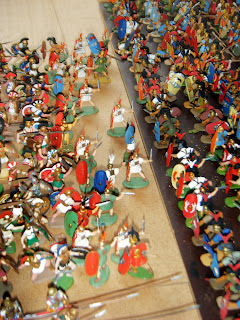 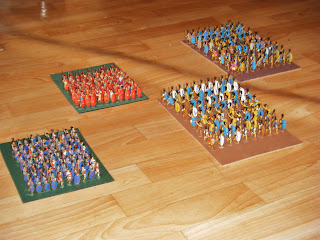 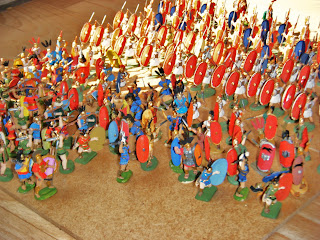 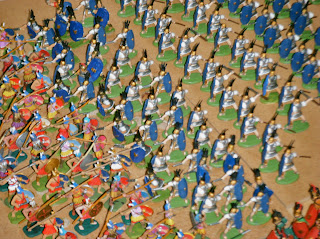 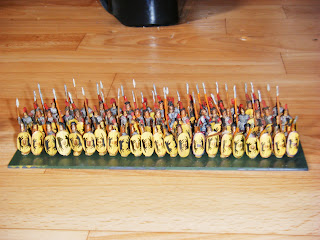 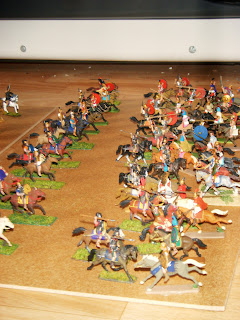