Maybe you have seen on this blog the photos from our Aspern diorama we created two years ago. Before we started working on it I read several books about the battle and campaign and visited the battlefield. At Essling is the "Schüttkasten" which the French defended against several Austrian onslaught. This Schüttkasten now is a little museum about the battle. In it I found a nice little diorama about the battle itself. Sometimes wrong uniforms and strange formations, but I always like to see dioramas with 1/72 figures and some of the painting-conversions are nice ideas. 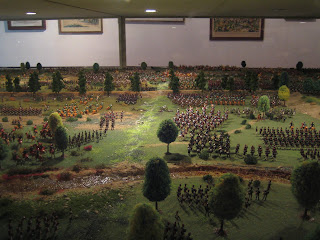 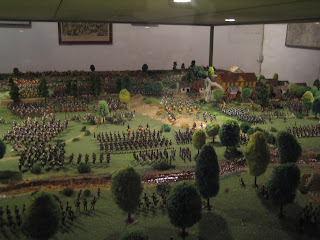 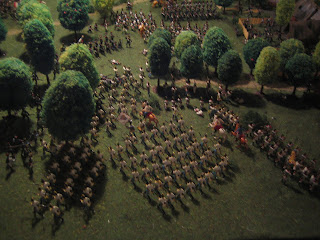 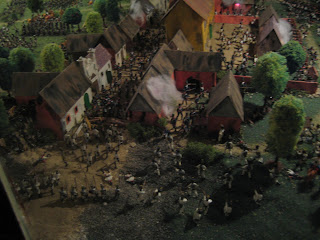 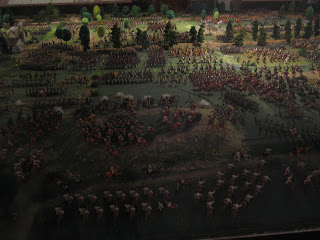 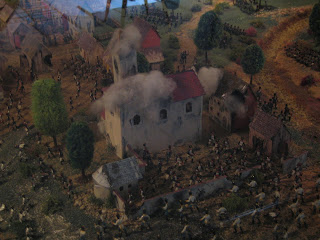