Maybe some of you heard about the small town of Oberammergau because of the Passions-Spiele they celebrate there.

But Oberammergau has beside them and a monastry (which brew interesting beers:-)) a museum of old toys. In the 19th century the town was the center of wooden toy manufactories.

Accidently I stumpled over a flyer in which they described what they had in the town museum and afterwards I jumped into my car and drove to the town (just 30 minutes away from my home).

This here is the most impressing diorama in their collection. It is the attack of the French against the Austrian border village of Scharnitz (again just 40 minutes away from my home). It is in scale 1/32, everything made from wood and the figures are movable. The diorama was a gift to the Bavarian prince Ludwig. As he was no friend of the French, you can imagine he doesn't really liked to play with it. 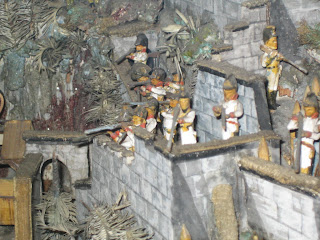 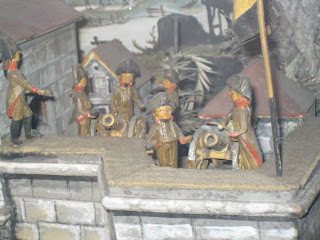 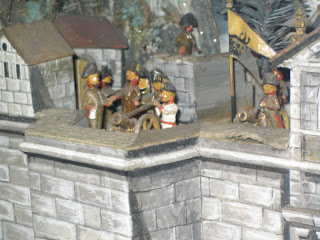 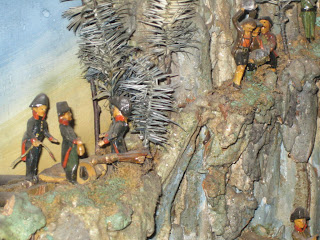 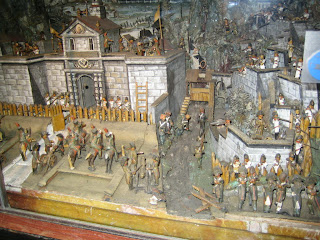 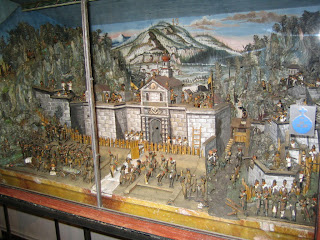 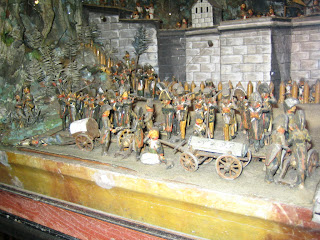 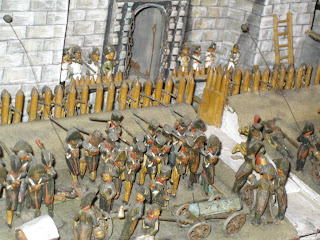 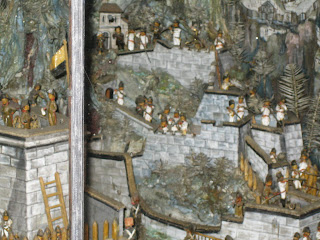 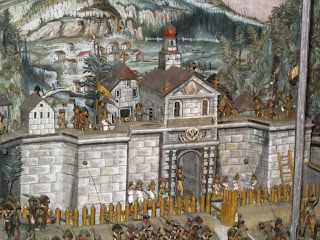 When reading in books about the campaign of 1805 and 1809 I always wondered what the difficulty for the French and Bavarian was to charge this position as today it looks like this: 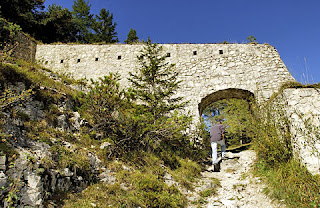 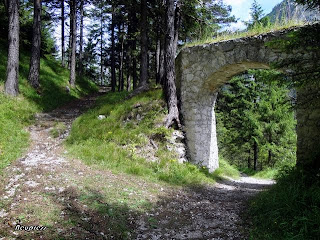 After seeing the diorama I understood....
Eingestellt von Uwe um 11:45