The year 1848 has seen a lot of Revolutions in Europe, starting with France, going over to Germany, Italy, Schleswig-Holstein, Posen and finally Hungaria.

This peroid is a very interesting one with fighting techniques mostly Napoleonic. Old and new style uniforms as for example the Danes against the Prussians in 1848 and so on. But one thing is sure, a very colourful period.

I just had the chance to help Krisztian with some research on the Hungarian uprising and then I thought why not reading the old books that I have in my library about this subject and which I haven't read before (you know the same problem as with the unpainted figures:-))) )

Krisztian now sent me this mail:


"Tomorrow, here, there will be the celebration of the 1848 Revolution. I deployed a small diorama about a battle of the war to the Military Museum.
I know, you like dioramas, so I attached some photos of it. There are just 220 figures, most of them converted HaT figures and some old ESCI figures. The terrain is from the Battle of Belgrade diorama, because the bank of the river is the same like the lake Velence, where was the battle of Pakozd. :)"
I thought you all should see this little diorama. Not as big as I am used to see, but great paintjobs and above all - an unusual subject which is what I like most. Maybe one day we will be able to produce figures for this subject as the Russians and the Austrians are available from different manufactors. Russians are Crimean war ones and the Austrians are available from "Legio Heroica". 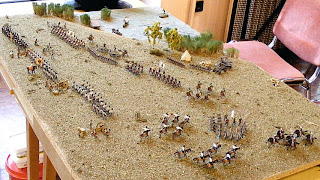 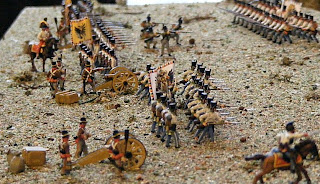 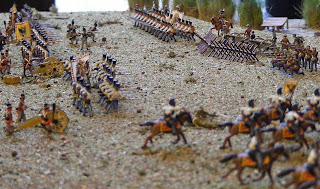 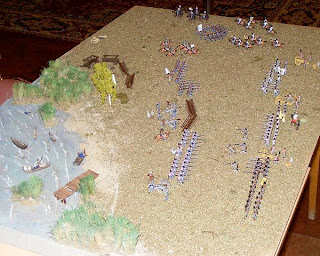 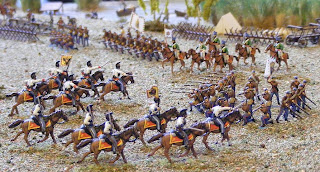 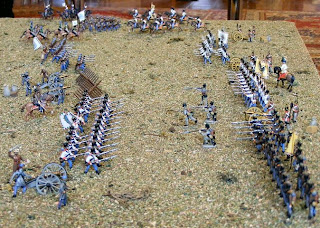 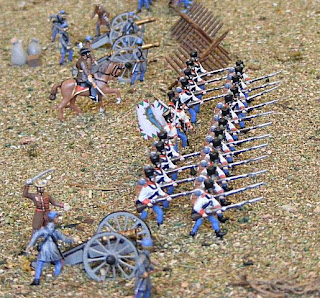 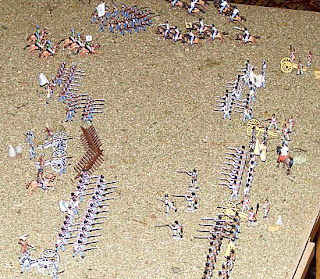 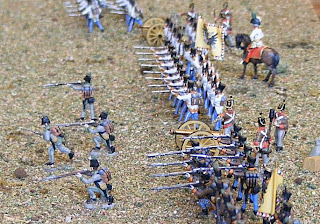