I just came back from these years spring hobby tour. Having met some old friends and had a lot of fun together the tour came to an end at the figure fair in Herne.

This was the first fair at which we went with the official stand of hagen-miniatures. To be honest we sold just enough to cover the costs. But I fear the good old days when this show was the center of 1/72 figure trading are gone. Beside us Kai Fuhrmann had his stand and then of course Peter Bergner (PB-Toys). But just a few news and these not in big numbers. This show is more for the collectors of bigger figures in my eyes.

But what made the fair worth a visit was a great medieval diorama of a Husit army attacking a medieval town while comming themselve under attack from a German Imperial relief force.

Really great stuff, but see yourself.

First the text describing the siege: 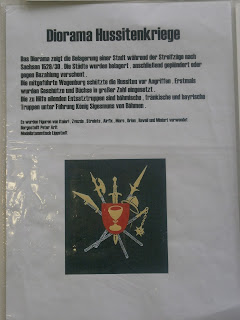 The diorama show the siege of a Saxon city in the campaign of 1428-30. To cover the siege the Hussites had their war-wagons with them which they put in a "Wagenburg" formation.

The relief force are Bavarian, Franconian and Bohemian units under the command of King Siegesmund of Bohemia. 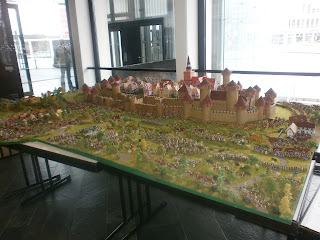 And here the attack on the Wagenburg. 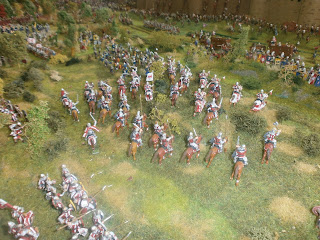 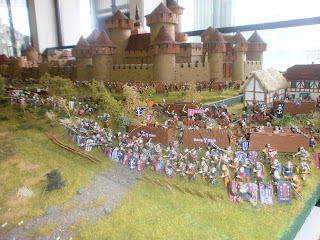 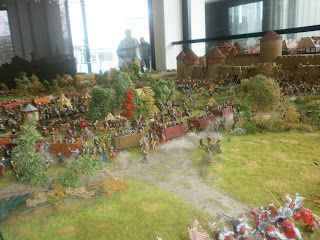 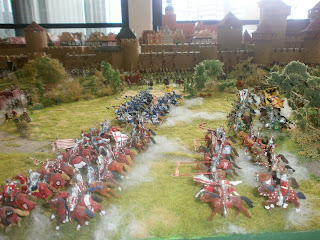 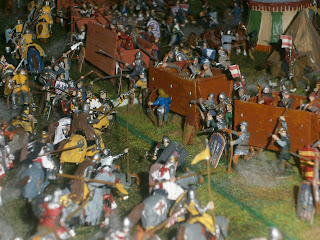 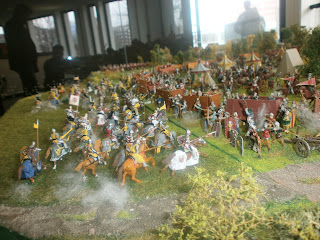 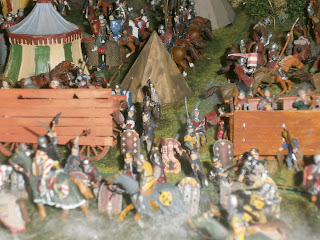 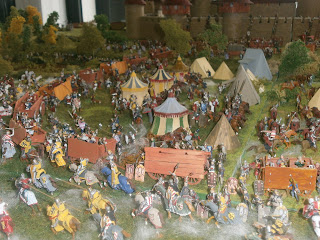 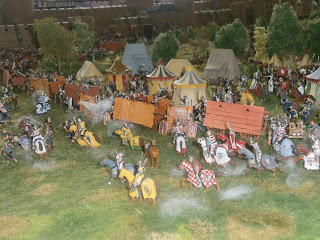 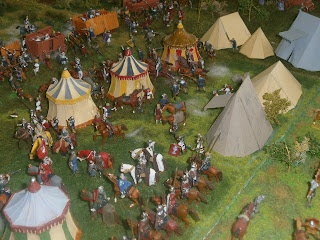 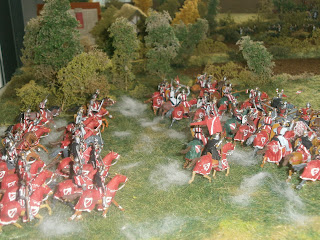 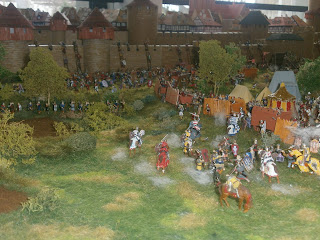 More photos from the attack on the townswall will follow soon.
Eingestellt von Uwe um 14:44