Rocroi the next step - Glueing on bases and organising the diorama

I talked with Alfred about how we should create the diorama. The first question when organising the army is how were the right formations. Alfred has a good photo which I show here:

From left to right:

- A Tercio and a Swedish brigade as the French used it stand against on another. The pikemen attacked each other while the Musketeers on the flank had a firefight.

The Spanish Tercio stands six men deep while the French five. This is around 35 Pikemen in a line, six lines deep and the same goes for all the four musketeer units around the square.

The idea for the diorama is the following:

1st Spanish Tercio on their right flank has the Musketeers and Arquebusiers turned back into the pikemen and are attacked by the French cavalry in Caracolle formation. This needs much work as I need a lot of cavalrymen with pistol to attack the "Square". 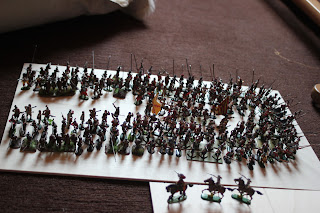 And the infantry had to be filled up 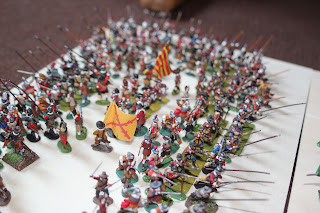 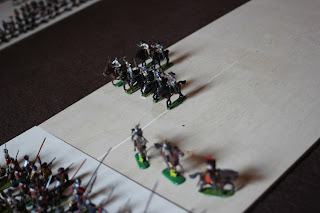 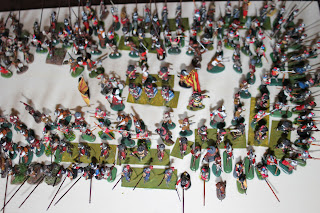 Looks more ragged like the regulation of the first painting eh? :-)) I prefered the other ones. 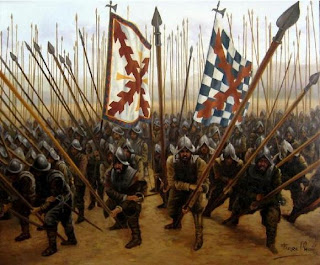 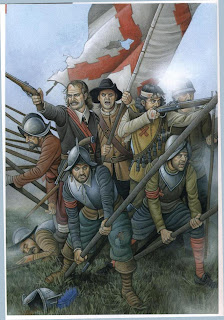 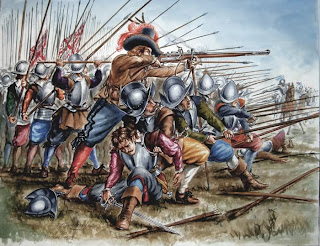 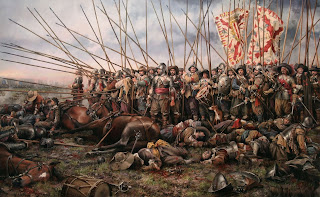 More French cavalry waiting for the chance in column formation, five men wide (there was no space on the battlefield, so they deployed in this columns. 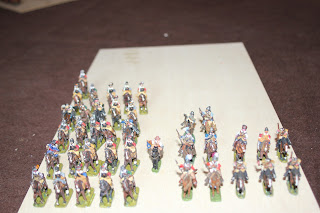 The middle Tercio is one in close combat at which the pikemen go at each other. A pity that in the Revell plastic sets we have just one pose of this. So I painted so far all my Tumbling Dice, Kennington, old Warrior and other metals as well as the few sets of A call to arms ECW pikemen in attack poses. So far I haven't glued them all on the plate, need to get more pikes. But here the result of what I already did. 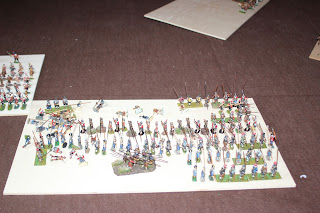 The third Tercio will have a firefight against their French counterpart 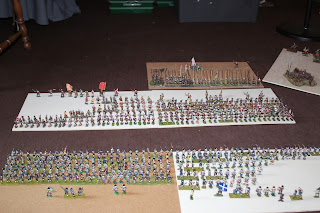 The French side in blue and mostly grey uniforms as the French already tried at this time of the war to bring some uniformity in their units. These photos are from the Vinkhuizen collection, thanks to Alfred who searched them out. 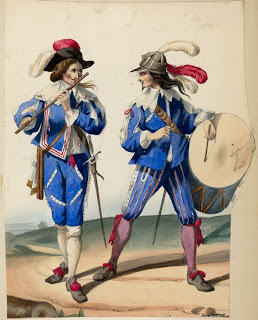 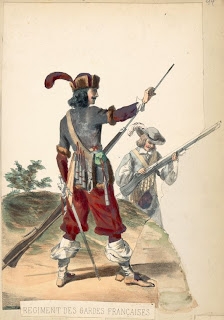 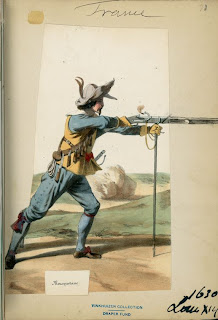 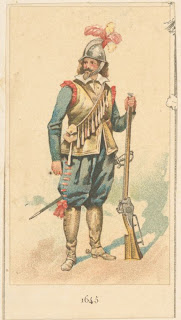 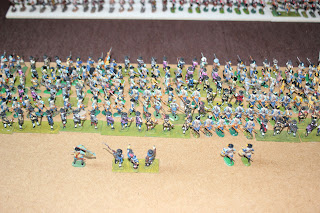 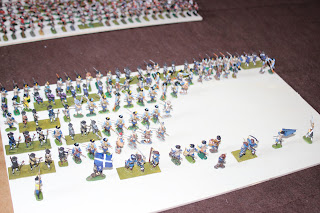 The Spanish were mostly in brown tones, the colourful red and yellow of the old days sadly gone in 1643. But I had such a lot of painted Revell Imperial infantry, painted from the box-cover in red and black and they have to go as Spaniards. These guys are from my old times, the 30YW were the first sets of figures I painted when I came back to the hobby at the age of 24. In the meantime uniform-research is a much bigger part of my hobby than figure-painting.... 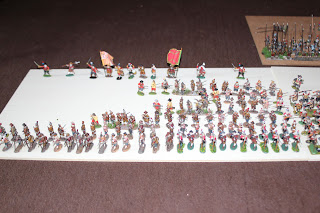 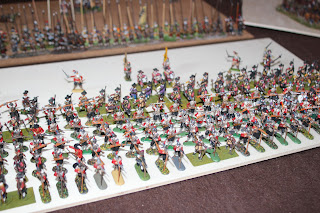 The standing pikemen behind the musketeers. Again just one figure in the Revell set, but luckily enough from the metal manufactors. But I have to paint a lot to fill up the unit. Art-miniatures are great, they have several sets of standing musketeers and pikemen. 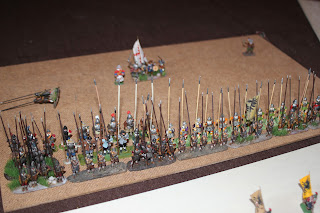 Finally the cavalry which will have a fight on the flanks as I guess the Spanish cavalry made some counterattacks to stop the French onslaught on their last three tercios. Here the already based cavalry from my collection. I already showed more of them on an earlier post. Last but not least the artillery. I have over 20 teams of artillery which I have to glue on bases, but also some treassures which I got from another painter. The sadly thing is that there was no entrenched artillery on any side in the battle. But I think I will use them because they are so great. 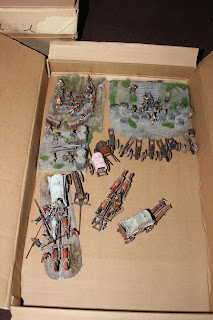 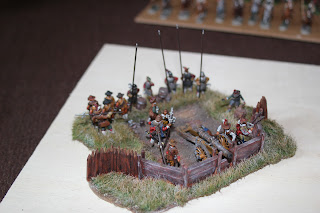 And as usual I have hundreds of figures left which - at the moment - I can't organise into units or which have the poses I don't need. For example the musketeers - just the first rank fires, the other five are waiting or loading. And what do you think I have most of? Firing.....

For those of you who want to read more about the battle to understand the diorama I would suggest this
book, available from here 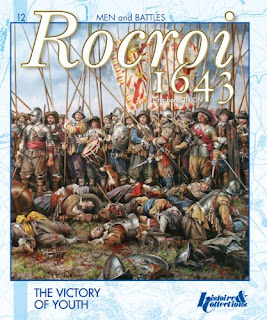 I is in Osprey-style and gives a good overview of the battle. Sadly not enough maps in my eyes.
What we will show is the last stand of the three Spanish tercios which covered the retread of the Imperial army.


These here are just my own figures. Image three or four times the numbers of the figures shown here when Schmitty and Alfred added theirs and when I have organised my other figures...