In the last weeks I found a great posting on Will's blog about a wargame fair. 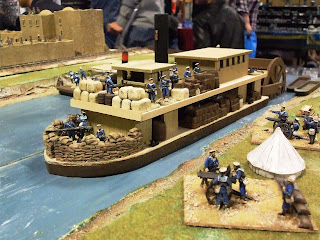 I have the same in my collection and it works for 1/72 too as do a lot of stuff from pmc games. I haven't found a shop of them, but their stuff is available at ebay uk. Very good value for money, but the postage to Germany is a nightmare, often the same as the house/ship etc. itself.

Another great idea would be a train like this 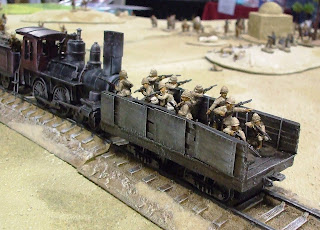 No idea about the manufactor. A train in 1/72 would be a must have for me. I know that there are HO trains for the ACW available, but this is too small. This one here for 28mm looks more promising in my eyes. On the other hand maybe waiting until a manufactor has the idea to produce one in the "right" scale:-)

Or simply do it as Dave Hennen does (I think this photo is from him, have it since years) 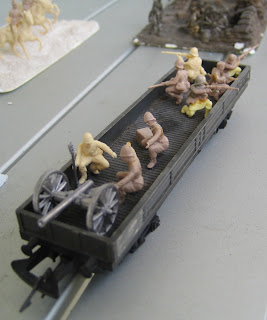 Maybe all this stuff is an idea for Imperial modellbau? What do you think?