After the battle of Maloyaroslavets French reports mentioned a lot of Russian casualties in grey uniforms.

These were soldiers from the Reserve units which have not been able to get the regular green Russian uniform in time.

We thought these are units still missing in a Russian army of this period.

Take a look at their uniforms 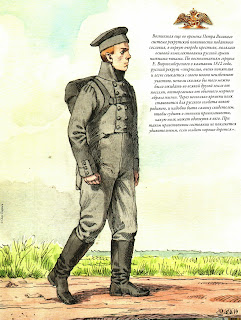 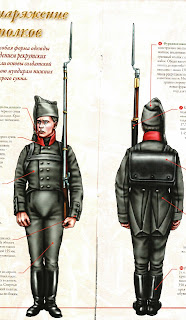 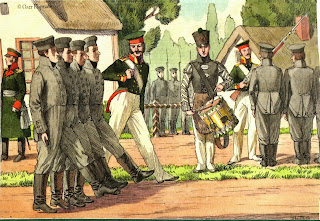 And here our set for a marching attack

The second from the left was changed to the single figure in the second row of photos. Looks much better now. 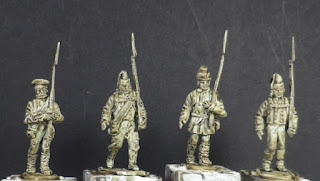 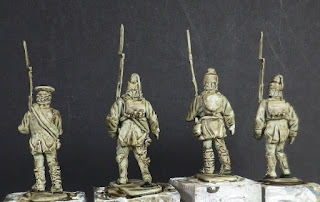 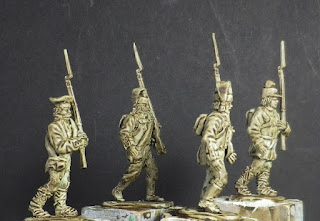 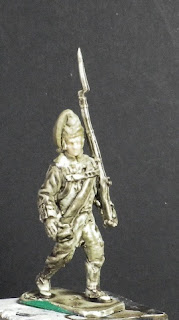 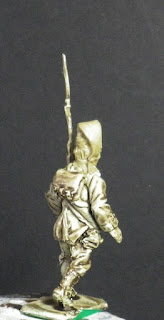