While checking my archive tonight, I found this series of photos from the fair in Mainz last year.
There was a nice fellow who made a small diorama of a celtic/germanic warband attacking some rivals.

A very nice hillfort and some good ideas for conversions. So I thought it worth putting it up here 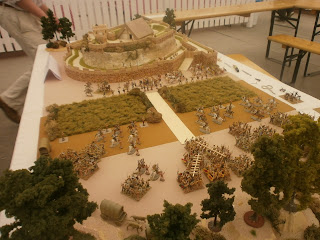 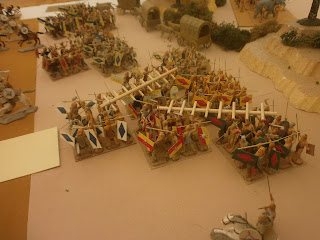 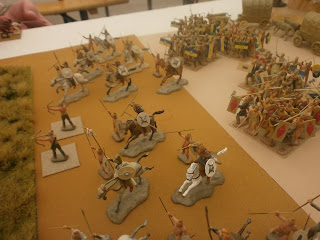 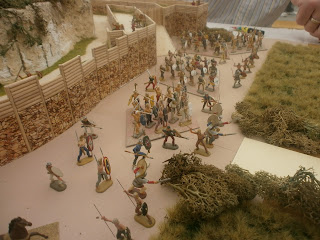 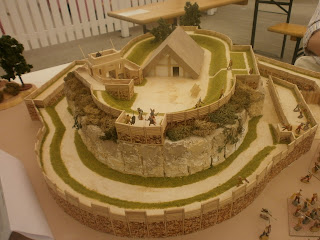 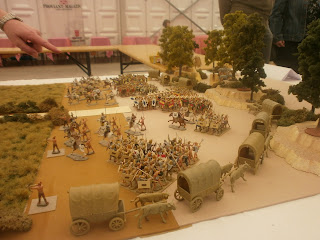 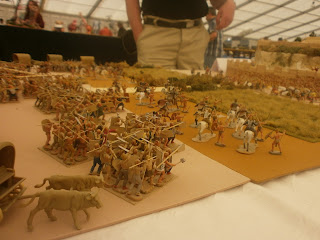 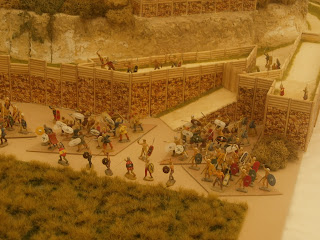 Then he put this small unit of an early Indo-european army around 4000 BC on the plate. Again an interesting idea. I always thougth about what could be useful to fight HATs Sumerians. These guys may give me some ideas. Maybe you too? 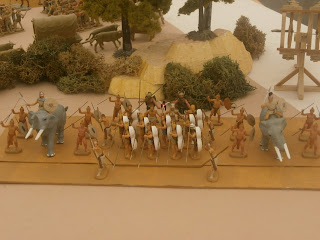 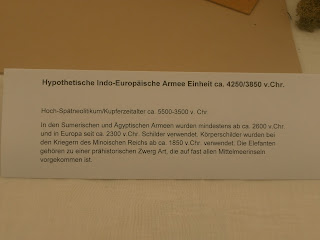