Battle on the Lechfeld 955 AD

Last week while being on a business tour I crossed the battlefield of the Lechfeld in which the Ottonian German knights fougth the Hungarian hordes back.

There is a new museum in the city of Köngisbrunn in which they put a new flat figure diorama which I wanted to see. Beside the diorama and the battle-museum there is an archaeaolocial one in the same house, so worth a visit.

But I will come back!!

Here some photos from the diorama, published in locals newspapers 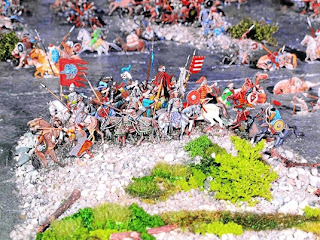 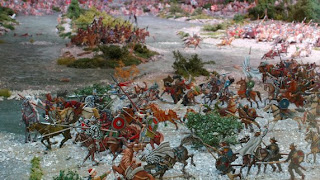 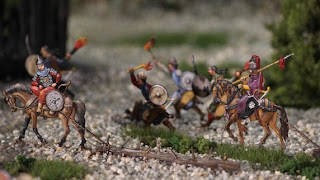 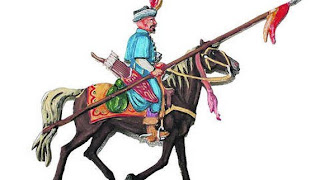 And if you want to see the whole series of photos take a look at this official link from the museum at Königsbrunn.


Now, in 1/72 we can use all figures from the Anglo-Saxon/Norman range for the Germans. The Hungarians are a challenge. Here maybe some Eastern medieval horsemen from Orion or hopefully Alexander Gussev will take the subject in his hands:-))