First of all I want to thank everybody who worked with me on this diorama. Most of the figures were painted - as usual - by Thomas Schmitt and me. But other friends like Alfred Umhey and Timo Kreimes also brought their contingents and several friends helped us at the fair to build up and in the end remove the diorama.

My special thanks go to Björn from the Mainzer Modellclub who made a great organisation on the whole thing. We never had it so easy as this year with half the work done by him and his friends before we arrived there!!

Ok, comming to the figures. You know I am a historian buff and want to have everything as correct as possible. So we thought about the formations at this period and how to make them with figures. I wanted to have the French cavalry attacking in Caracolle formation. As we have our usual plates on which we glue the figures before we but them on the plate I tried to what is possible with one such plate.

Here I used a lot of the Art-Miniaturen Cuirassiers. I really like his 30YW-Range with a lot of great poses of standing figures. Some attacking and firing in addition would be nice as here I had to take the old Revell, while some old Minifigs S-Range are mixed in between. 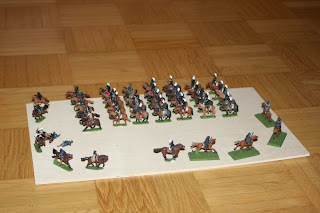 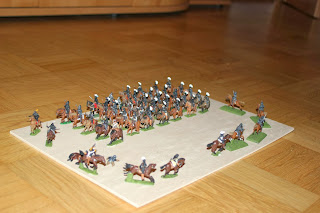 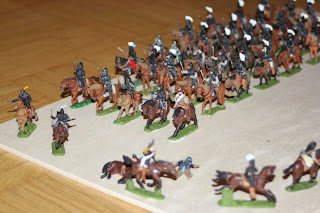 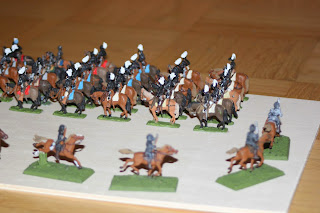 So when I arrived at Schmitty's home his nightmare became true. I started to remove his figures from the plates and glued them again in proper formations. But he is used to it:-))

There is a story about a bottle of white glue which broke in my hands while I did this. After Andy was able to stop laughing he took his mobile-phone and made some photos of me covered in glue. I hope he will never be able to load them down from the phone....

Later in the day after we arrived at the fair I started at once to build the ground up.

I thought Andy has to take care of the Hagen-Stand but it seems he found my camera and had fun see me working (a rare sight). 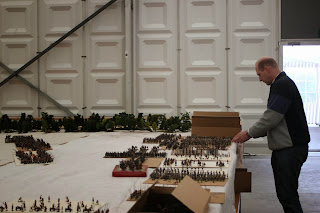 I made myself important creating the units in the right position. After reading some books I decided (with Alfred's suggestion) that we should take the moment when both right cavalrywings of both armies attacked and pushed back their counterparts. So we have a cavalryfight at the Spanish right flank, while the French right flank already came back to attack the Spanish Tercios. 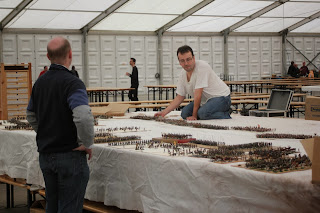 I can tell you it is not easy to crowl over beertent-banks! 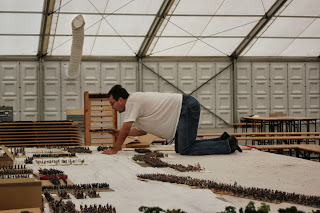 But with the depth of the diorama no other chance 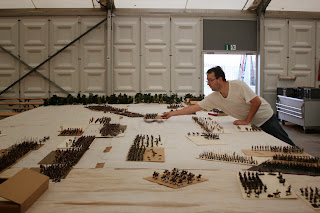 Rainer still thinking about what I am doing there. 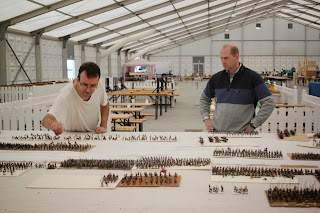 Maybe thinking about why I asked him to come and help:-) 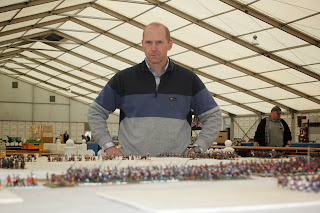 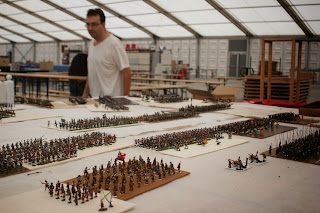 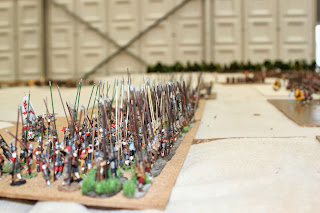 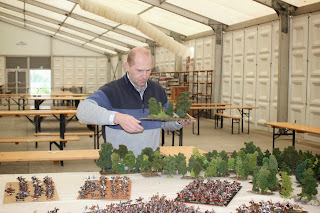 And then as I was in this mood telling Andy to cover over too and make himself useful:-)) 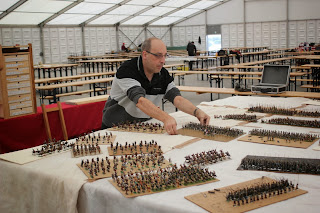 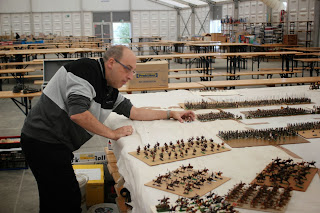 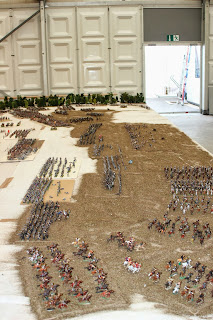 Here I had to stop because we had not more of the stuff with us. 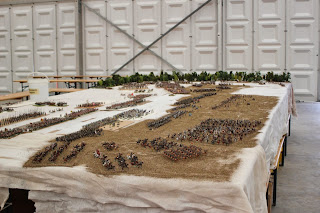 But then Schmitty appeared at the right time and took over while I took a Coke from the bottle (The stand with the beer next to us had not opened:-( ) 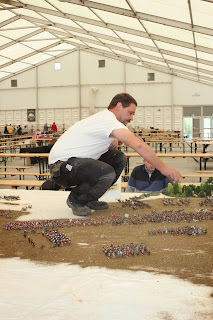 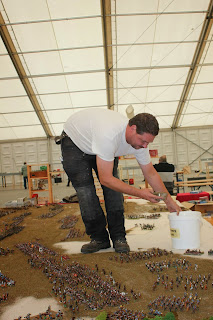 As a good team we went on together 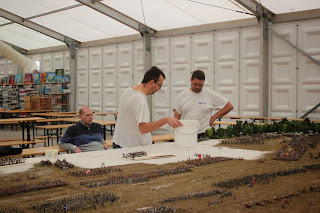 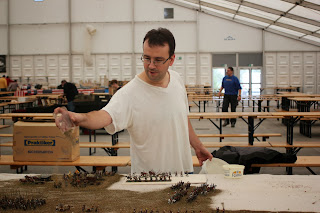 And in the end Peter Herfen arrived and we gave him the task of the special groundwork. Peter has an eye for such a thing and the results pleased us very much. Well I am looking done for at this moment... 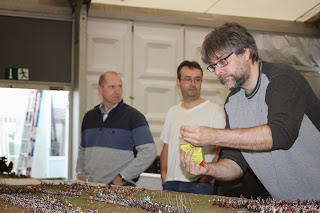 Finally Rainer arrived and wanted to help us too - even with his proper clothing after a day at work. 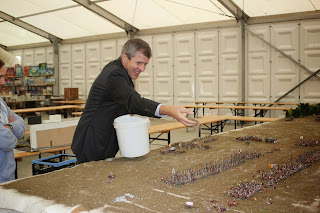 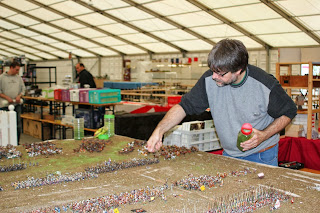 So I think this is now enough from the building up. In the end it looked just this: 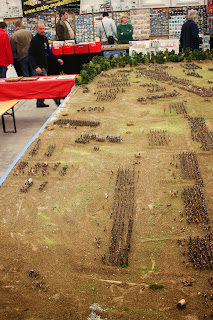 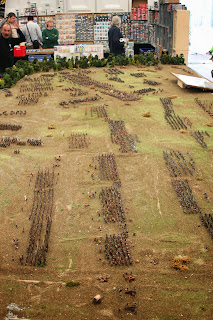 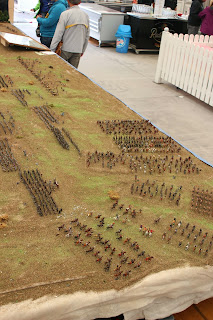 More photos with the close up comming soon!