In the meantime I put the set of the Italian Askaris into our shop. I like these guys 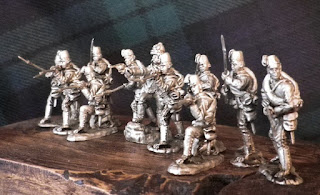 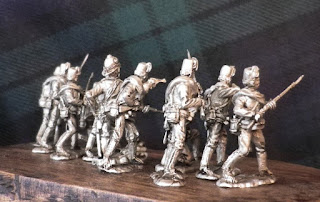 I know this is an obscure subject and for sure will not cover the costs I had. But I like colonial warfare and beside the well covered British wars of the 19th century nearly all European nations had their campaigns.

So for the future maybe I can show some dioramas of the Schutztruppe in German South-West Africa, The French in Indochina 1885 and hopefully the battle of Adowa 1896.

Here are photos from this diorama 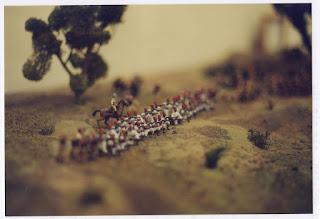 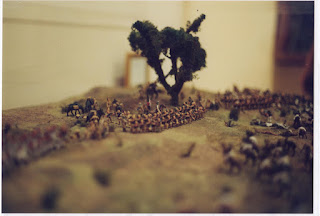 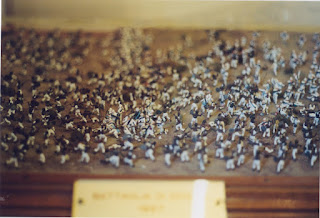 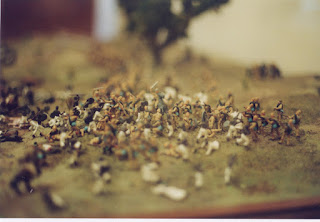 These photos Alfred made years ago in the Italian colonial war museum when I remember it right.
At the moment we think about our hobbytour next year and Rome with its museums is an option. Then for sure I will come with more and better photos:-)


While searching my own photos in the web I stumpled over the link of "Savage and Soldier". In my collection I have their complete range of magazines back to the 1960ies. This was in my eyes the best magazine for colonial warfare, followed by "Soldiers of the Queen".  Sadly with the early death of Lin Bodin they run out of steam. In 2000 Milton Soon tried to bring life to it again and I remember I wrote an article for one of the new issues but sadly it was a short lived story.

Check the link to read what is available. And if somebody needs infos on a special subject, I could scan some pages.
Eingestellt von Uwe um 03:16