Some "new" WW1 figures from Massimo

Before I met Massimo he already has sculpted (or converted) figures for collectors. One of them gave him nearly every month a new order. I remember when I met Massimo and he showed me a box with around 20 WW1 British infantry in the Trenches and told me they are not for me!!

Half a year ago sadly this collector died and his widow sold his collection. I was able to get a lot of these old figures.

I asked Andy if he can cast these figures as of course I need more then one of several poses for my diorama projects. It was a tough job for Andy, but he managed it.

Yesterday I got my parcel and today I finished the first of them to put them in the shop. Next step is, I will paint them:-)

The first sets are a German and a British General staff. I think the German one can be used for the Franco-Prussian war 1870/71 too.


The other ones are Belgian Lanciers (the collector was a Belgian) hunting down German infantry or becoming casualties. As they have the campaign jacket and not the dolman they could also be used as Germans.

And with other horses and without the Carbines the Ulans could also be useful for 1870/71. 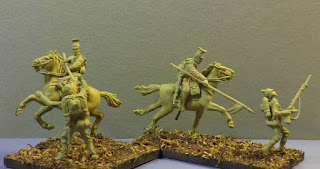 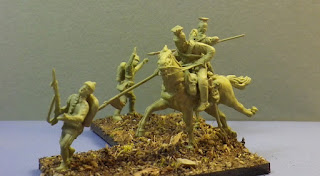 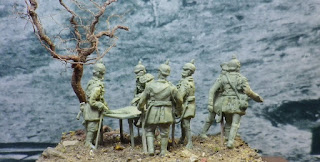 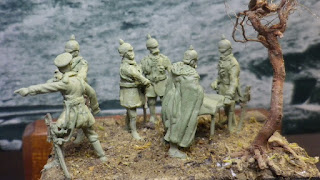 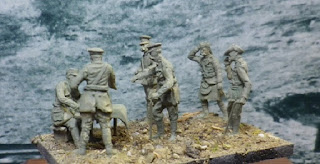 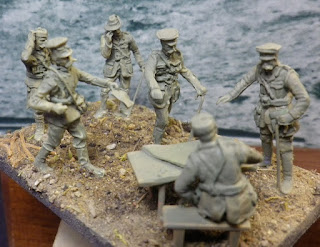 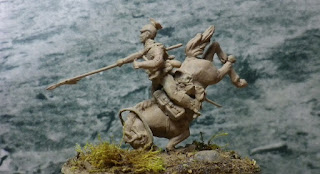 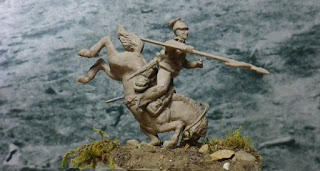 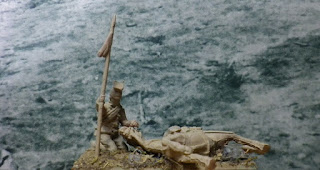 Now my photos of the castings 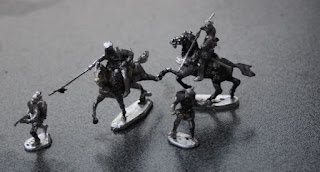 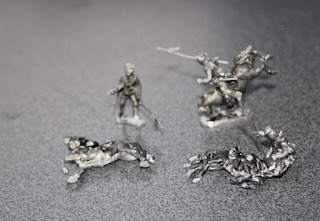 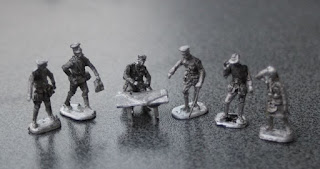