These figures I have for a long time. Frank sculpted a range of Scythians in interesting poses.

One of my plans for future dioramas is the war of the heavenly horses in which Han-Chinese fought the Saka (another step-people, but similar in appearance).

But of course they can also fight Greeks and Persians:-)

Andy gave a set of the Scythians to Thomas Willers who painted them for him. I thought you might like to see the result too. 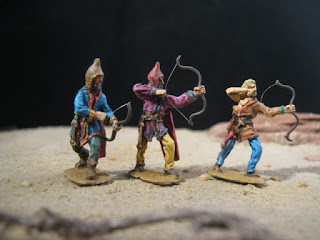 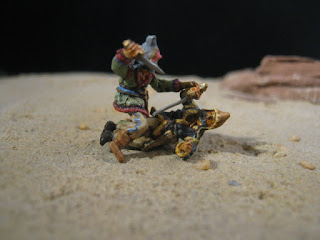 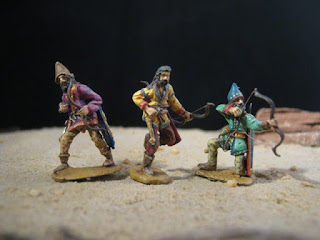 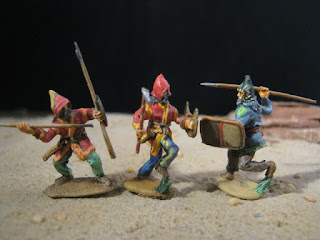 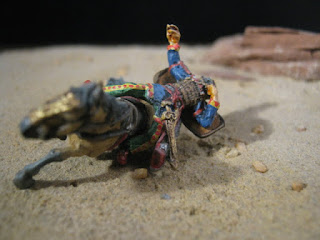 If you want to know more about them, Balkan Dave just wrote something about them on his blog.
Eingestellt von Uwe um 09:59