War of the Spanish Succession

Our hobbyfriend Pieter wanted to have a new subject to go ins beside all the Napoleonics he already has.

Being interested in Spanish military history he had several ideas to cover their campaigns.
One is the war of the Spanish succession.

There are already figures on the market, using Zvzeda's and Strelets GNW figures in plastic and my friend old John with his brand 20mm historic revival producing the old ranges of Les Higgins and others in metal I thought this a good idea.

The Spanish army had some special uniforms. On of them the Grenadiers.
So we asked Ingo (who made my Napoleonic Ottomans) if he is interested in making some of them as a start for a new project.

Here is the result 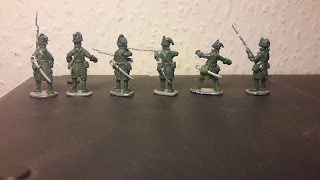 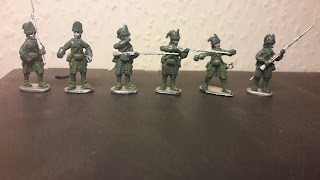 These figures will soon be available in our shop.

Labels: own production, War of the Spanish succession