After we glued most of the figures on the stands we use the garden to try to get an idea how the diorama could look like.

The hills we had to think about and used a huge box as a subtidude.  It was difficult to arrange it with the space we have (6 meter x 4 meter). But in the end we had an idea how to create it. 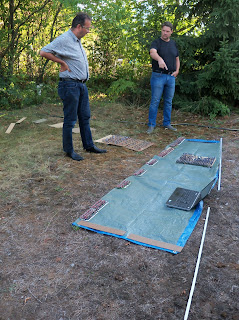 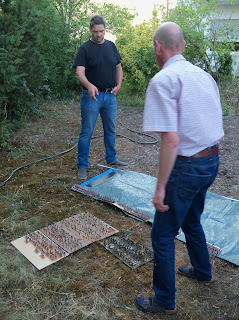 This will be the part of the square we show on the plate. 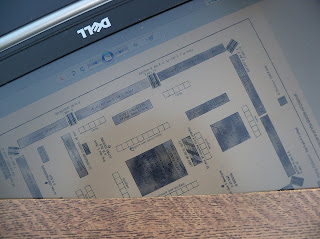 The white plane the hill on which we have Zulu snipers, the green plane is the square. Around the corner you can see the charge of the Zulu column 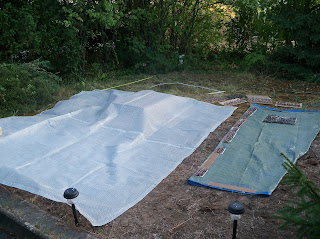 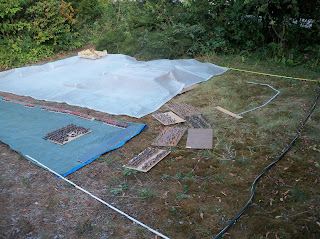 Comming around the hill. Roland showing the places where to put the cavalry units into it.
The white markers in the middle is the place for the oxen, wagons etc. 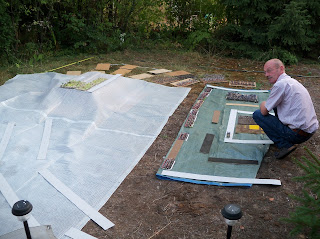 We aggree with him:-) 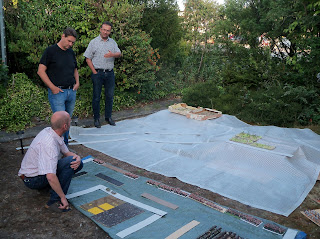 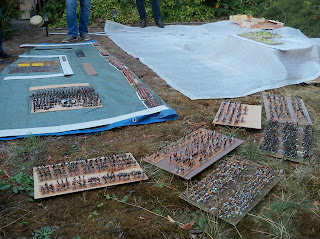 And now discussing with Alfred how it could work, how many snipers are on the hill, where we put our Kral etc. etc. 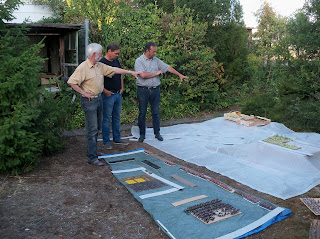 The plates show the Zulu regiments. Of course we will fill up the gaps with more units. So far nearly 6000 Zulus are painted. 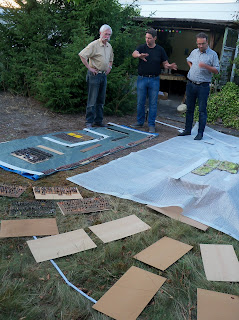 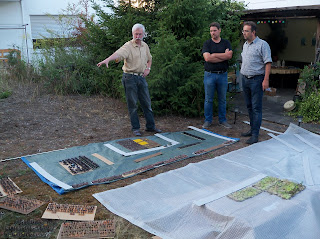 It seems in the end Alfred was happy too:-) 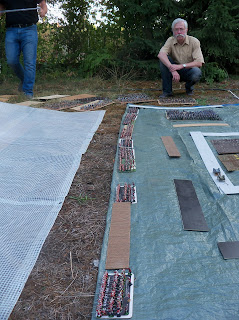 Less than two month now left until we can show it on the diorama - and still much work to do....
Eingestellt von Uwe um 11:13