Ulundi - The next step

Last weekend we had a meeting in Lampertheim with Alfred, Roland, Schmitty, Rainer and Richard - all the guys who work with me on the project.

The weather was fine, so we took a space in the garden to simulate the diorama in the right size.
I forgot my camera, so here some photos from my I-Phone.

Alfred has better ones which I will publish when I got them.

Alfred and Roland Roland, checking the positions of the units. We have 4x6 meters for the plate and at first it was difficult to arrange the figures in this space. We thought to cut the square (which safes us to paint half of the British infantry. 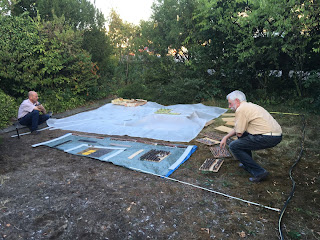 In the front the British square how we want to show it. The plane above is the hill on which some Zulus fired down and in the upper left corner we have a Kral. Around the hill comes the charge of the 2nd Zulu attack on the right back corner of the square. 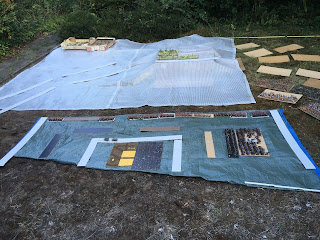 Still checking if we can get them around in the space left. 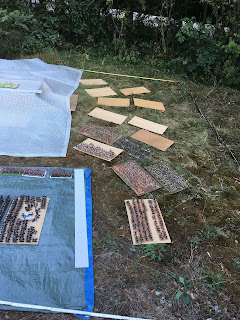 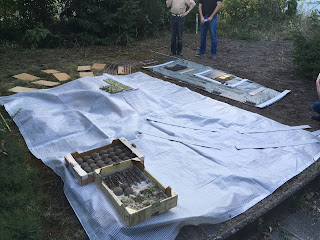 Schmitty remarked " simple turn the square around. Don't show the complete front, but the complete end. Very simply and I haven't thought about it before... 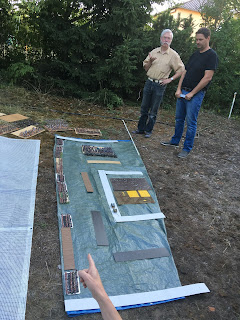 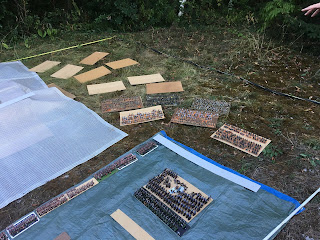 The 17th lancers in the square, ready to charge out after the attack was beaten back. 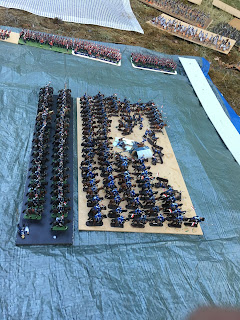 Ok, next photos will show us working and organising the units on the stand.

We needed the meeting to sort things out. It is much different to work just with a list of figures and to see in reality was is really there and which poses you can use.

Now it is clear what we still have to make and hopefully in November the project is finished.
Eingestellt von Uwe um 06:23