After nearly three years of having this blog I am close to running out on dioramas I made with my friends in the last 10 years. So not to bore you with Rocroi after Rocroi I asked Alfred who is much longer active in this hobby then me to give me some photos of his projects in the last 30 years. These are scans he made from the photos he has in his binder "the history of my hobby".

Here is the first, done by him and his brother Roland in 1984 - The battle of Arcis sur Aube in 1814.
This is made with old 25mm figures and has his own flair. Especially as I have never seen a diorama about the 1814 campaign in which Napoleon gave the allies a lot of beatings, nearly his best performance since 1805! 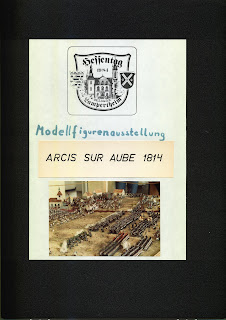 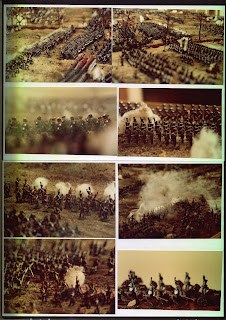 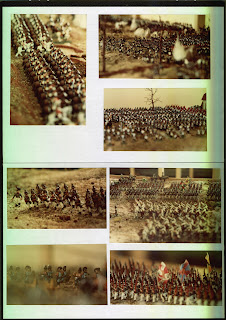 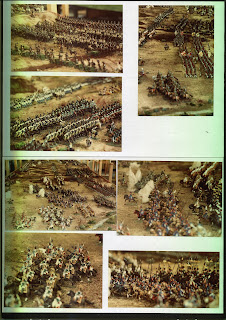 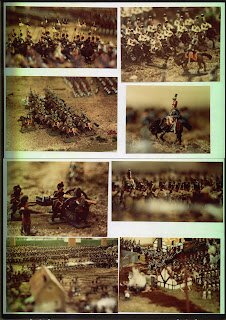 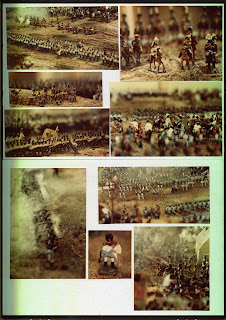 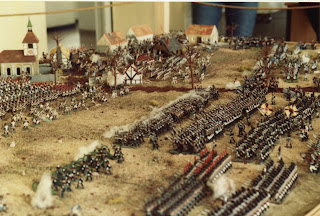