While the cavalry fought on both flanks of the armies in the center we had a typical infantryfight. 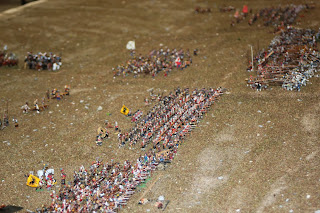 The the mixture of all available manufactors. We had a lot of metals from Tumbling Dice, Hinton Hunt and SHQ figures on the table together with some old Warrior and all the available Plastic manufactors. When we show it next time we will use much more of the conversions from Massimo as well as most of the existing Mars range and the rest of the Art-miniaturen we haven't had the time to paint. 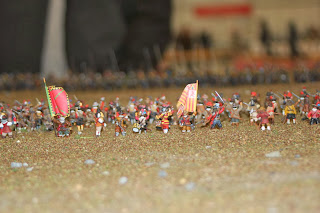 All the Swedish became French.. 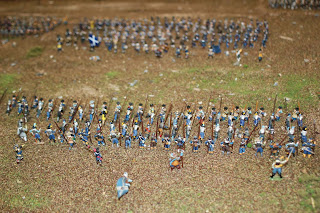 While the Imperial became Spanish... The old days when we painted from the cover of the box.... 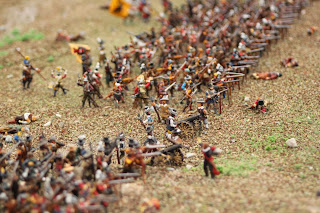 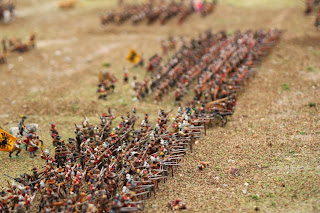 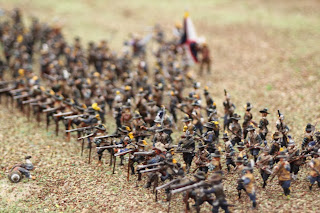 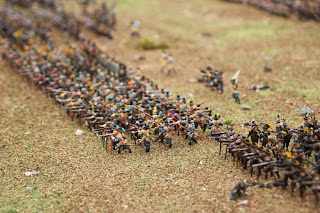 The Pikemen were a challenge. 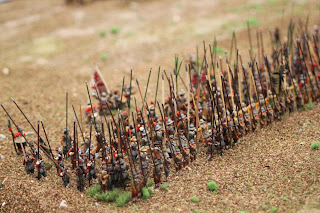 A lot of them are Art-Miniaturen 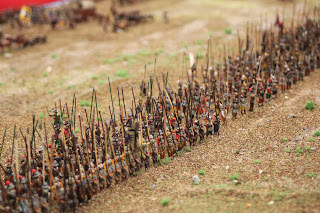 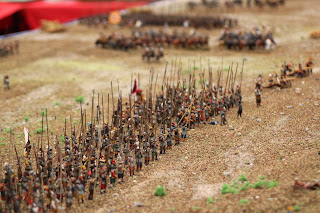 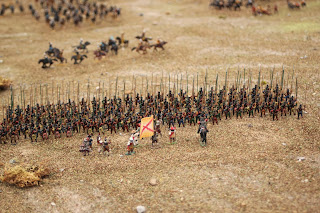 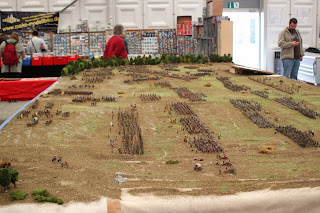 And here the French artillery 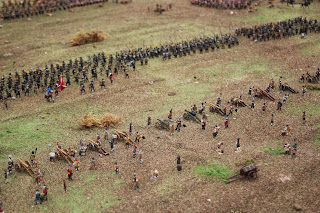 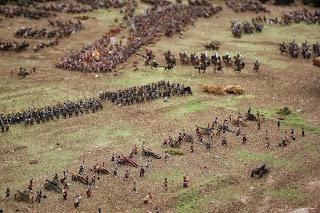 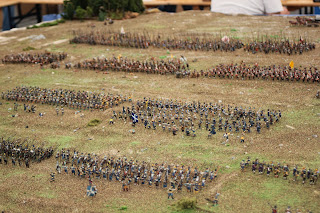