Back from the figure-fair in Kulmbach

This afternoon I came back from one of my favourite figure fairs. The international tinfigure-fair in Kulmbach which is just every second year.

We had our own stand there and I can say that it was a success. Not the number of sold figures (ok, not too bad), but all the contacts we made, the people we talked to and spread our idea for the shop (from collector for collectors). A lot of people told us that they like the idea and that they want to send their own conversions for casting. Even a friend asked me if I would be interested in his 28mm SYW Austrians. Why not, the shop should be for everything.

But enough of the shop. After a while we started converting and painting figures which made the people stop to see the work and we had again some nice talkings.

See here Andy (yes I know, he just got his coffee and that made him happy:-))) 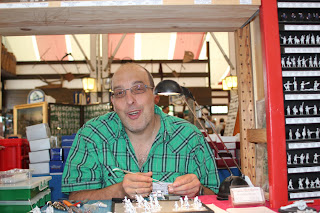 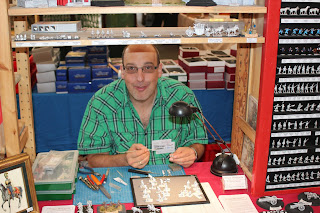 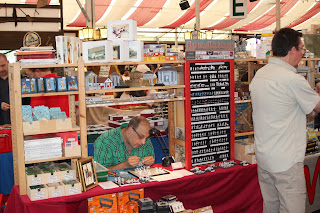 And me after I spent all my money and had to work to pull the visitors to me in the hope that they buy something to give me more money which I wanted to spend there:-)) 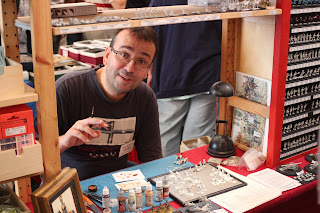 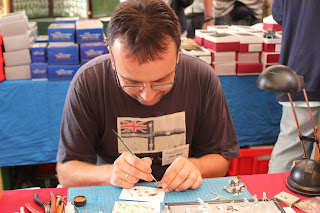 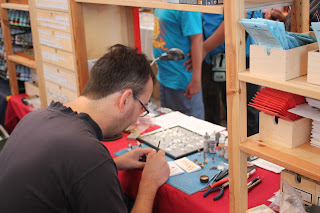 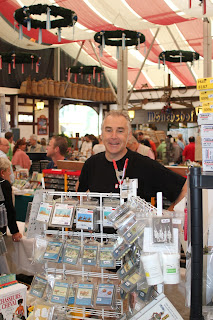 And here Michael Cremerius (left) who had the third stand for 1/72 together with our friend Massimo. I think they laugh because Michael already got the 1870 French infantry which Massimo already put on Benno's forum while Massimo laughs because I decided to buy his complete Charge of the light Brigade from him... 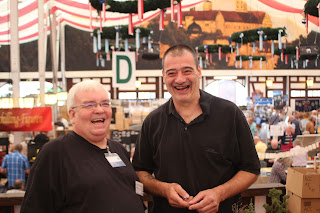 And here some impressions from the fair. I will put more photos sorted after subjects in the future posts.


Buford's stand at Gettysburg in flats 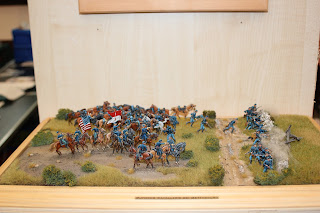 Anhalt Chasseurs a Cheval at Kulm 1813 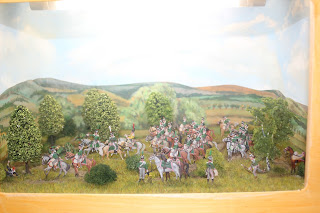 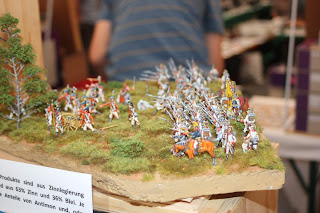 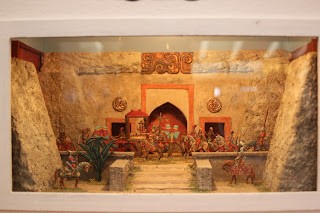 From the Schilling's stand - their own French Old Guard Grenadiers in 1:72 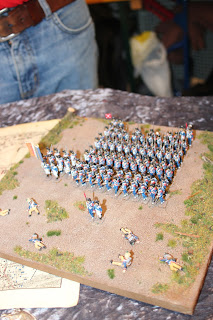 A 54mm Rocket Corps team. A good idea to use the old HAT-set with some more wagons and the horse team as shown. 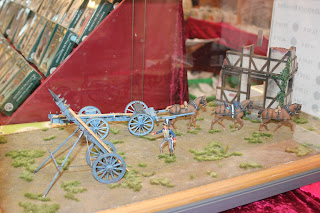 And this fortress here was for sale 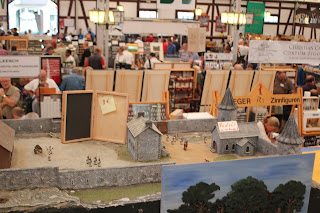 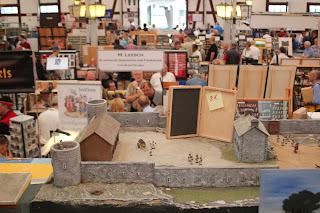 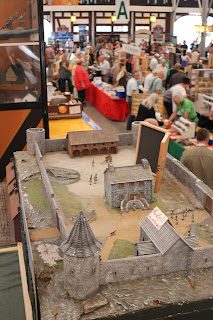