We are not the only ones to make the German Schutztruppe

In the past the German colonial wars covered in figures were a dream of mine. Not Eastafrika in WW1 which is of course another great subject and for which there are metals on the market and I am waiting eagerly for the HAT-figures to hit the market, but the earlier ones too.

For example in 1896 the Wa-he-he in Eastafrika wipped out a German column of nearly 300 soldiers. If you like so the German Isandlwhana.

The Schutztruppe in South-West became my favourite subject. In the past I collected everything which I can use for it. For example the old Scruby figures, then the Hecker & Goros set which you see here and which is avilable from my friend Kai Fuhrmann. 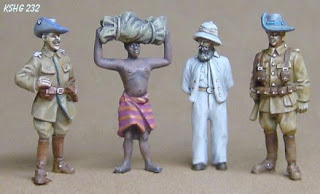 Ingo used these figures and tried to convert them to mounted troopers as well. 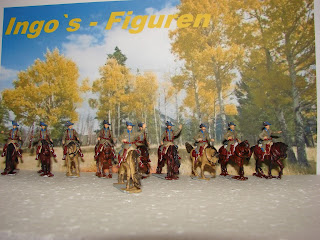 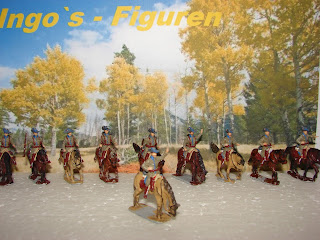 I also made conversions from Plastics 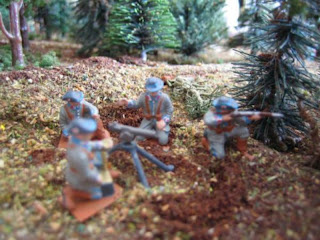 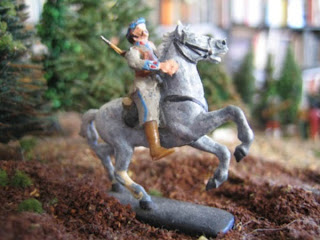 Here a simple paintjob from the Esci Commonwealth infantry. Ok, the hat's turn up on the wrong side and for sure not 100% perfect. But you have to use what you got in the old days.... The second from left is an old Kennington German Eastasianbrigade from their boxer-range. 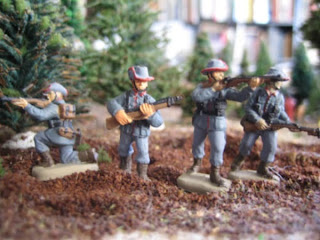 And two old Debeller figures, sadly no longer available. I hoped to get Ulf back in the hobby through our new shop-idea, but so far haven't succeeded. 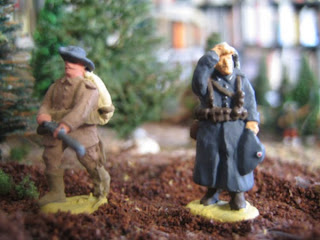