German "uniforms" of the 16th century

MibodiI know that the history of the 16th century is the lesser known for a lot of figure-collectors and I have seen from some polls in Wargame magazines that it is not as popular then the other periods, often overshadowed by the 17th century with the 30YW, ECW and Turkish wars. All of them very interesting periods as you know from the flood of Rocroi-photos I put on the blog.

But the 16th century has its flair too from a military historians point of view. For example the Italian campaigns with the battle of Pavia 1525, the German campaign in Algier, Spain in 1503 etc, etc.

We have Spanish troops from the Atzek range, Landsknechts, French cavalry from Zvezda for the late 15th century, peasants from Zvzeda, heavy cavalry from Dark dream studios.

Not enough for a big diorama, but good as a start. And not to forget the new Strelets Tudor set for the civilians.

So I am happy that Mibodi went into the subject with new figures. The only metals I know for this period beside Mibodi are the old Ral Partha 25mm figures. Most of them are true 25mm figures and exactly the size of a todays Zvezda figures. Search them on Ebay, always worth to add to the collection.

And here I found a good link with the plates describing the organisation of a German army in the 16th century:    1555 Kriegsordnung 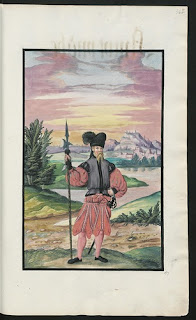 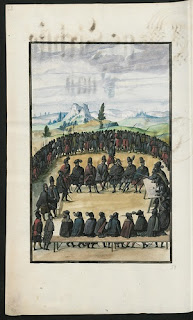 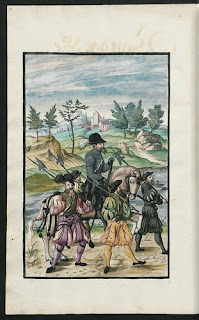