You know my interest in colonial warfare. Especially the lesser known subjects as not only Britain had their fightings around the world, but other European nations too. Sadly the others are not really covered in 1/72 figure ranges.

With my own production from Fritz-Figures I wanted to fill this gap. The first idea were Anamites for the war in Indochina 1884/85 but I know that I need a bigger range hiere.

The next idea which will be pushed forward hard now are the German Schutztruppe. We made contact here with a specialist on this subject who will help us with all the material we need and in the meantime we already started to produce figures for the Herero- and Namawar of 1904/05. The first five poses of Schutztruppen are available in the shop while the next 10 poses are already casted and needed to be put in the shop.
So far Andy already made the first conversion to increase the range so that at the moment we are at 20 figures. But the range will be expanded with horsemen, artillery, wagons, camelry, Hereros and Namas so in the end I hope for a range of over 100 poses. Hopefully this is not too much for Massimo:-)

But comming back to the main subject. Some other interesting colonial wars are the Spanish campaigns in Morocco. The 1859/60 campaign is the most colourful, but other interesting ones were in 1898, 1907 and 1910 were we still have Spanish troops in old uniforms of red, blue, white etc.

The best known war is that of the 1920ies against Abd El Krim.

Here I found some very nice photos from a wargame with a lot of plastic conversions.
If you want to see the whole story, take a look at this link.

I already posted anywhere on this blog a painting of some Regulares. Be sure this war will be a future subject of my diorama projects too:-)) 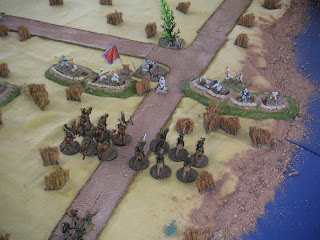 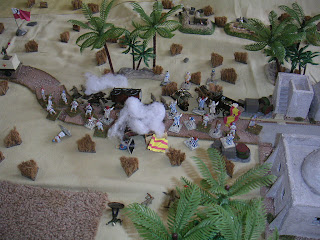 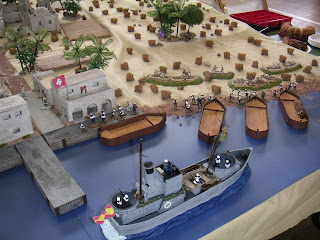 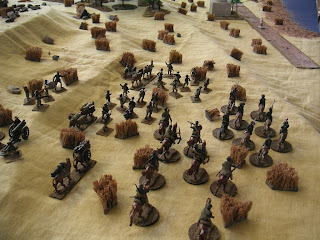 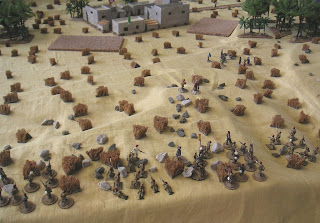 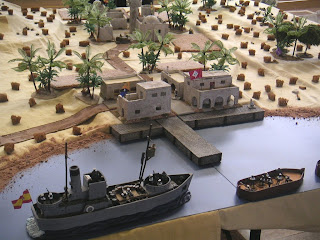 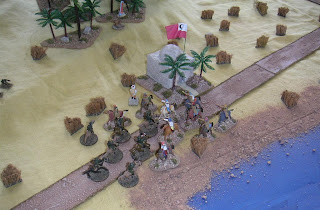