Before I come to an end with Aliwal, the credit for this diorama go to Alfred Umhey who provided more than three quarters of the figures used on the plate as well as Peter Herfen and
Thomas Schmitt. Sadly I wasn't abele to add my figures to the diorama as my brother decided to marry just on this weekend!!!!!

And some conversions I did for the diorama. The Crimean range of Strelets is very helpful for the British side, while for the Gurkas I used Airfix British infantry and melted their shakos down
with a soldering iron. For Sepoys Revell British 1815 infantry with the shako of the old Airfix French infantry to show the bell-shako of the Sepoys in the 1840ies.

In the meantime I used the Emhar 1848 US infantry for the 31st British foot.

Sikhs are made of various ACW and Napoleonic figures with Turbans from Esci and a paintjob.

I hope any time a manufactor will do figures for this range. If not I think about adding them to my own production ideas.

Someone told me Frontier miniatures who did "true 25mm" did some Sikhs in the past. For any information about this subject I would be greatful. 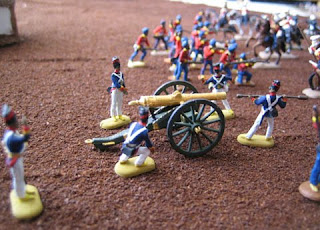 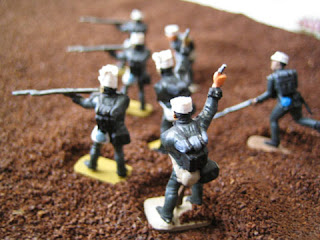 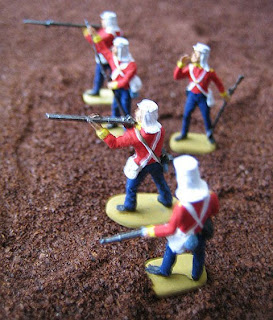 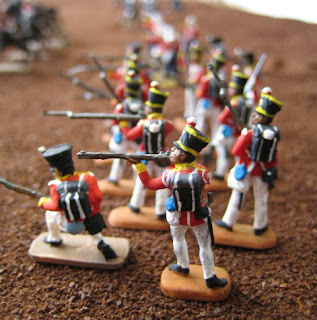 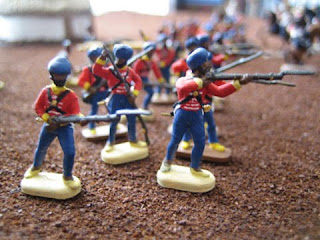 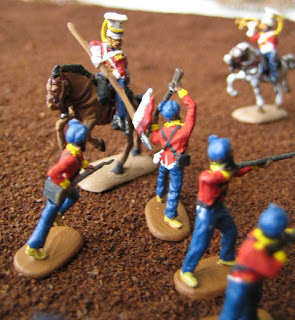 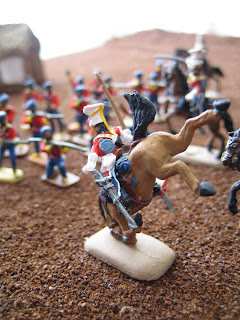 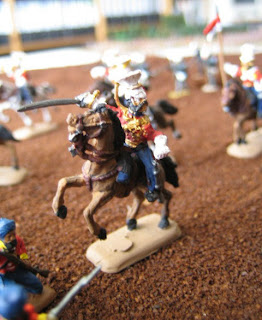 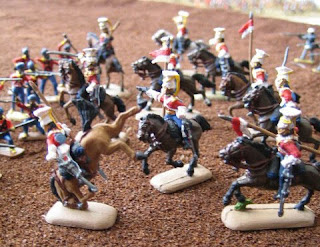 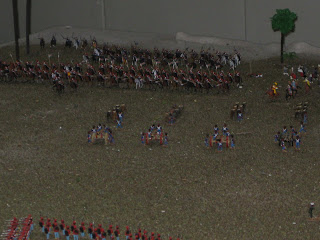 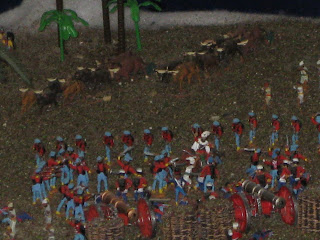 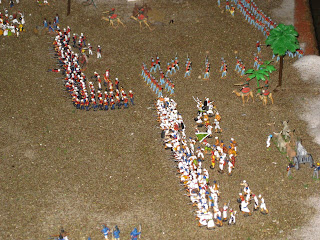 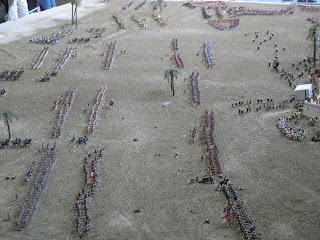 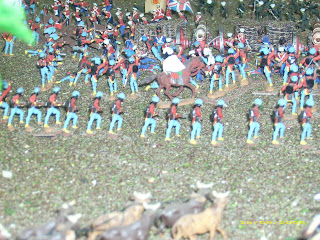 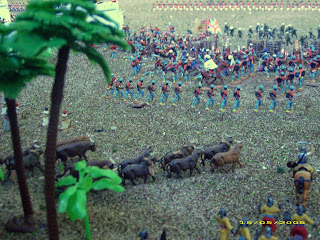 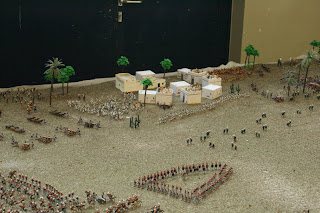 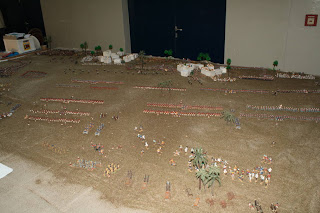 And sadly here the last photos I have from the diorama - The Sikh lines attacked by the British and some overviews, showing the whole diorama.
Eingestellt von Uwe um 01:02 Keine Kommentare: 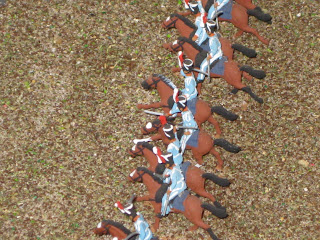 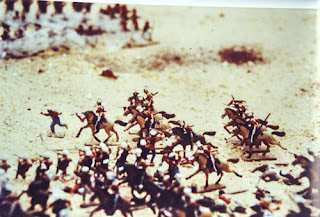 Here are some images of the 16th lancers breaking in the Sikh square. 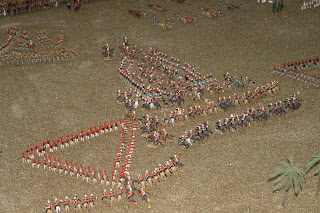 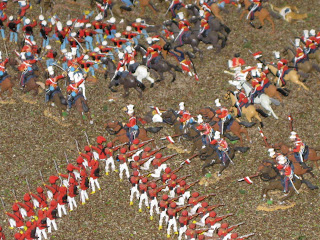 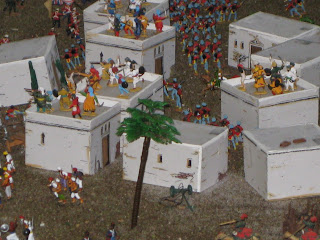 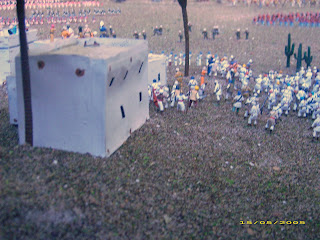 Here some streetfighting, the British charge the position of the Sikhs, ancoured in a village on their flank. 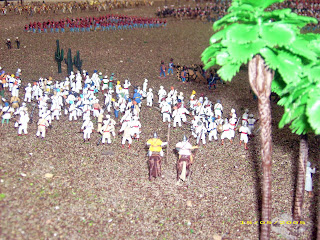