My first photos from the Salute - The battle of Arklow, Irland 1798

Well guys, in the meantime I have managed to organise all the stuff I bought from our overnight-trip to London. I fear I am getting old for such trips, to nights with the bus to the UK just for a visit of six hours on the fair (of course a Guiness and a good Burger too:-))

My favourite Diorama (others call it wargame) was this one about the Irish rebellion of 1798.
A year ago or so a Mr. Kinch suggested me figures for this campaign and since then I read several books about this lesser known Napoleonic campaign. Very interesting with a lot of militia units on both sides. 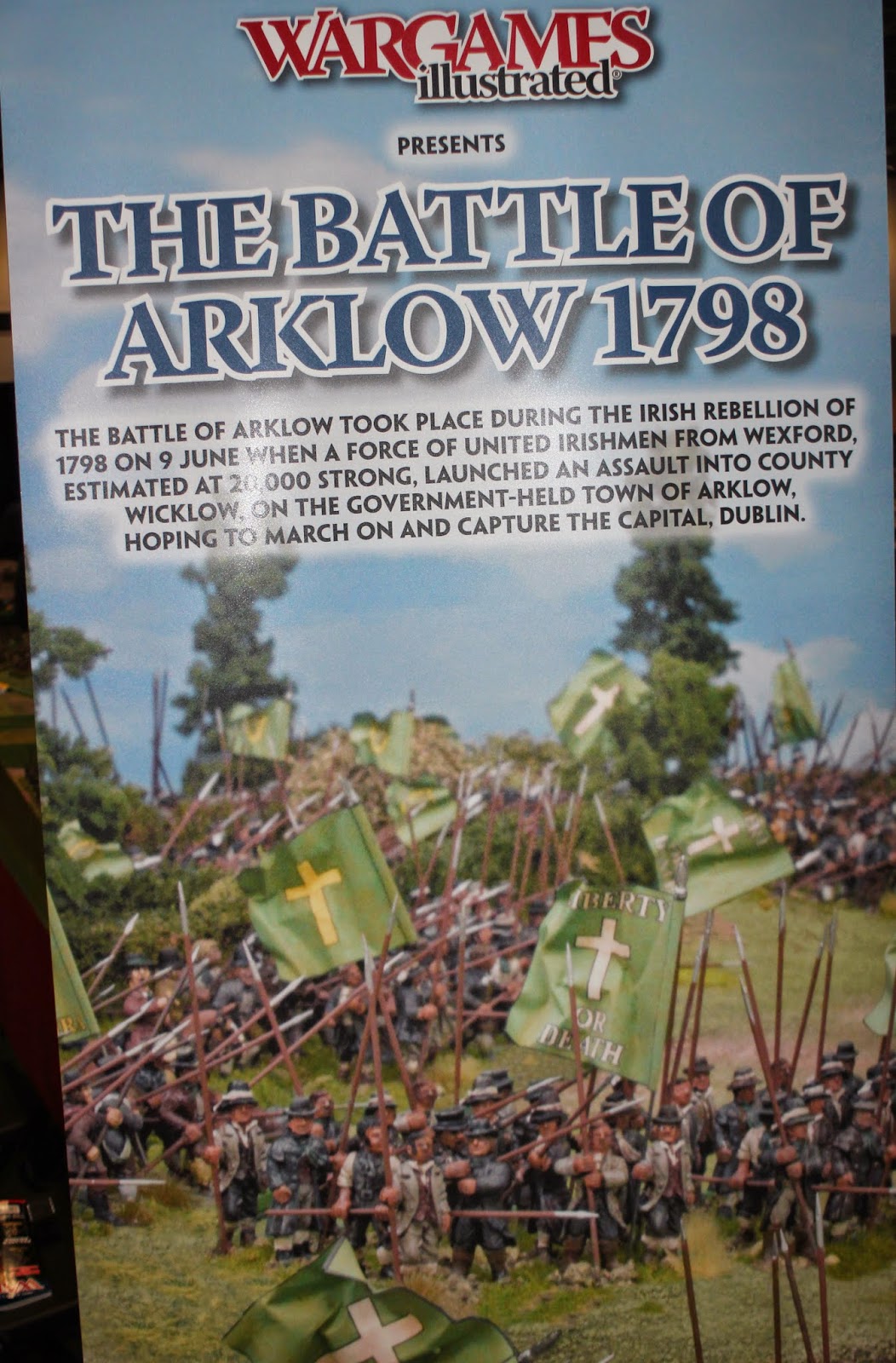 I guess in the next issue of Wargames illustrated you will already get more knowledge about the fighting there. But maybe not so many photos... 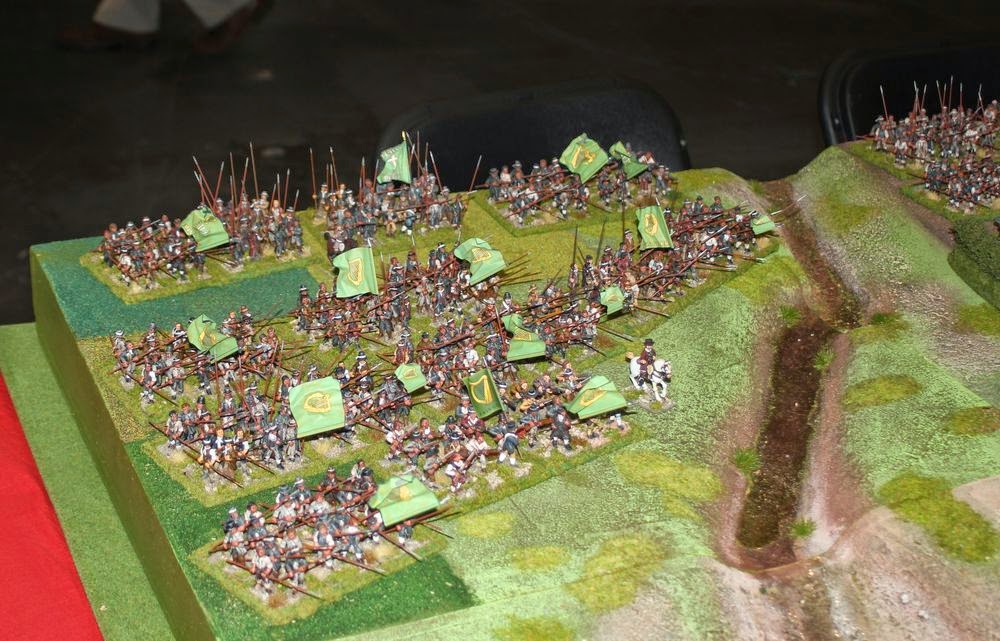 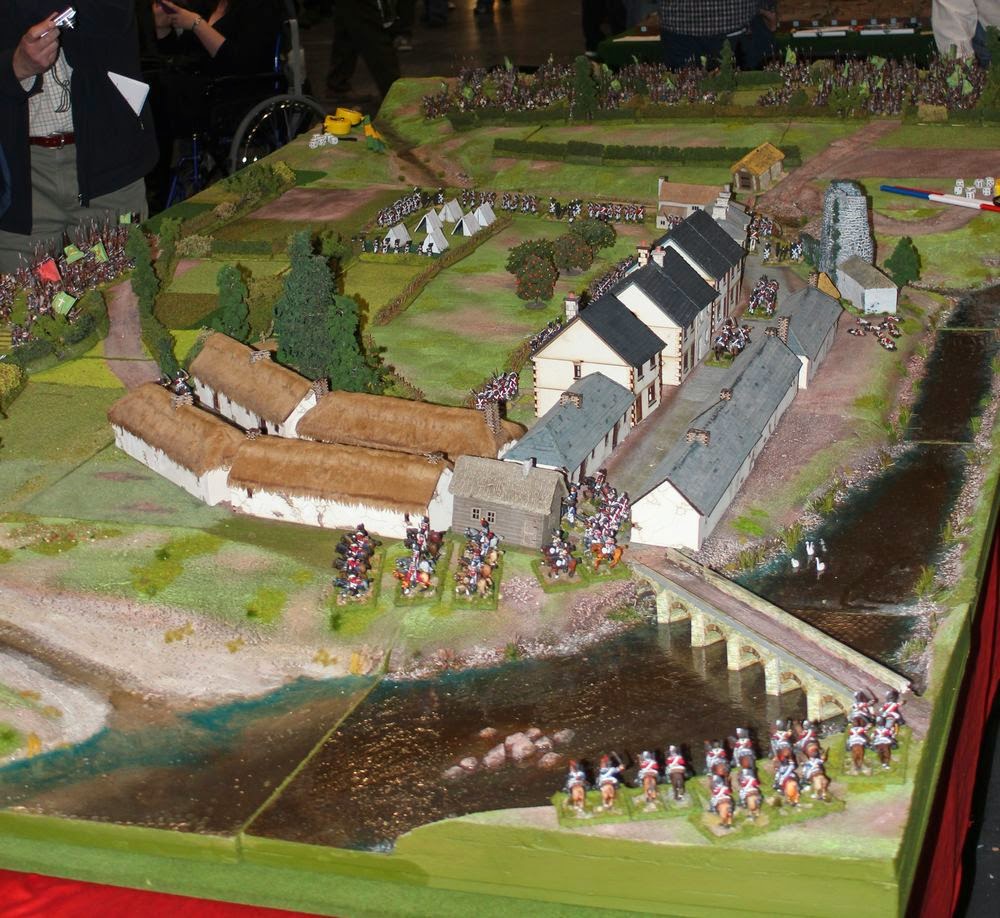 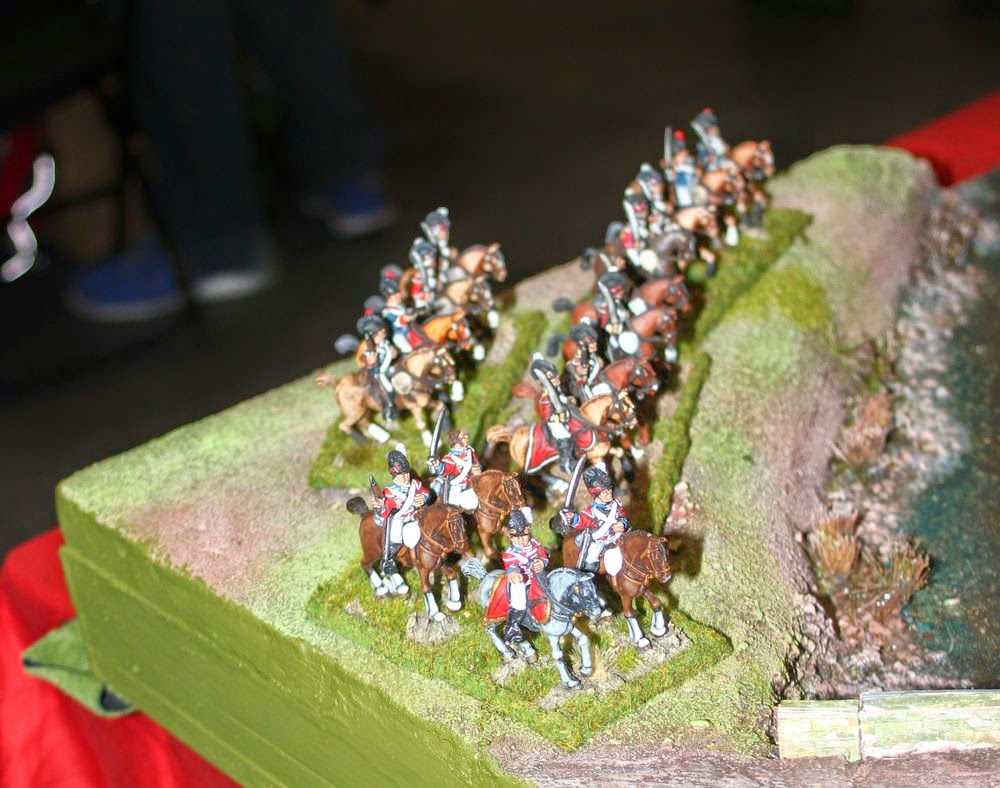 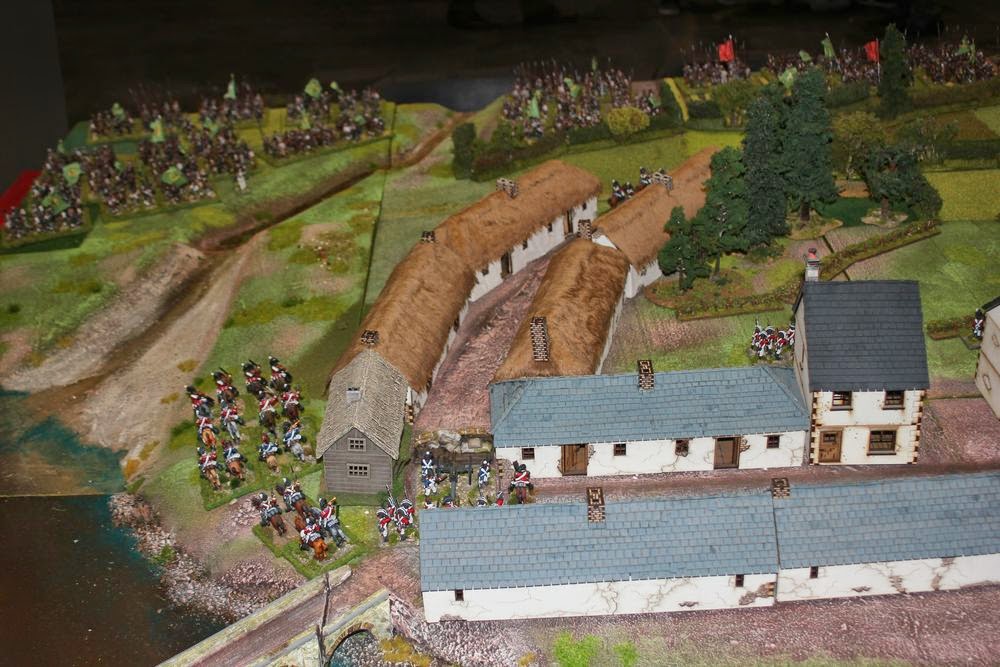 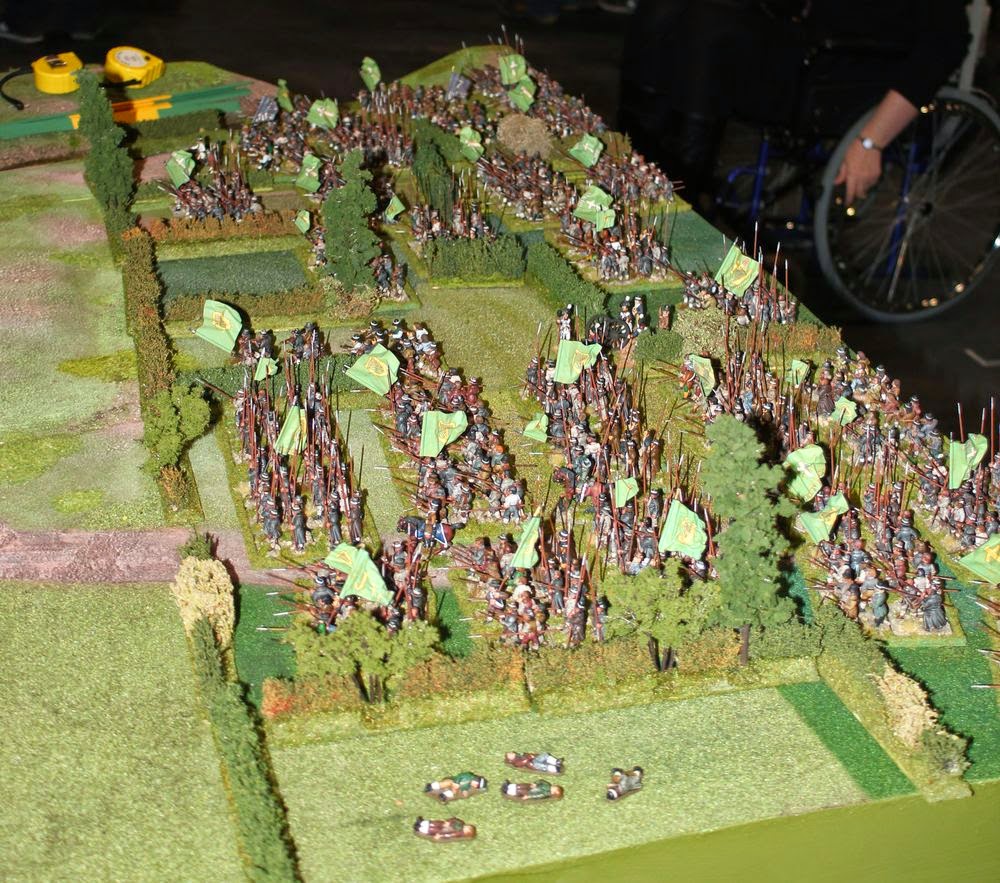 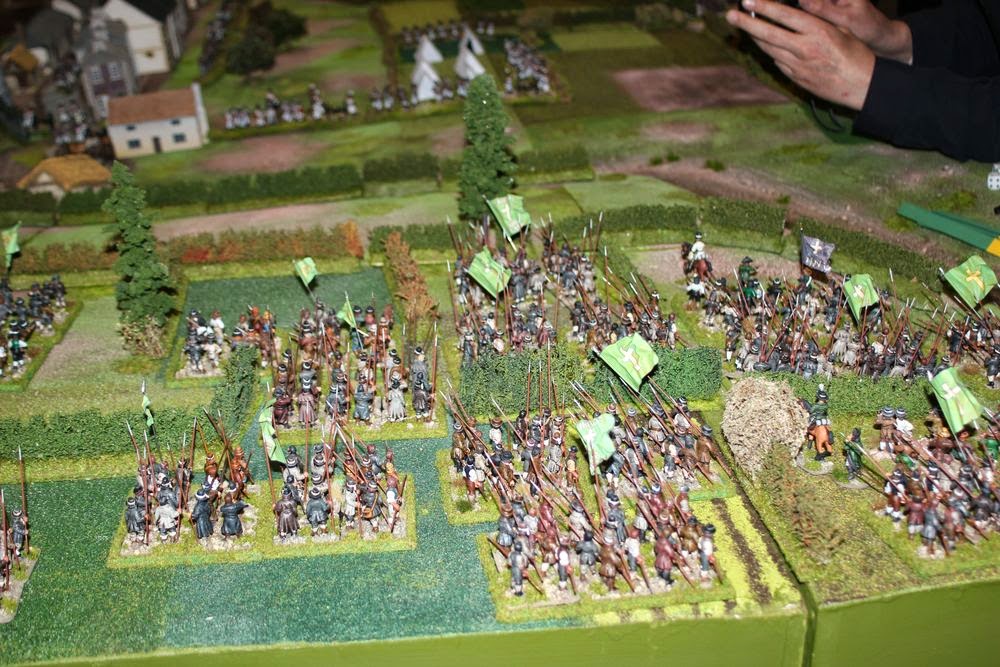 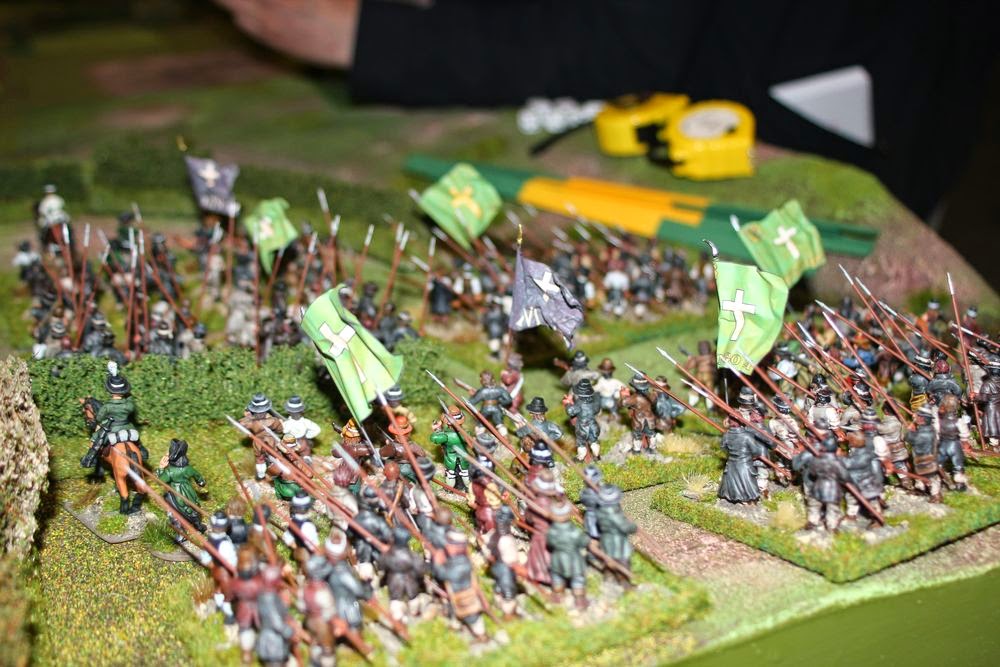 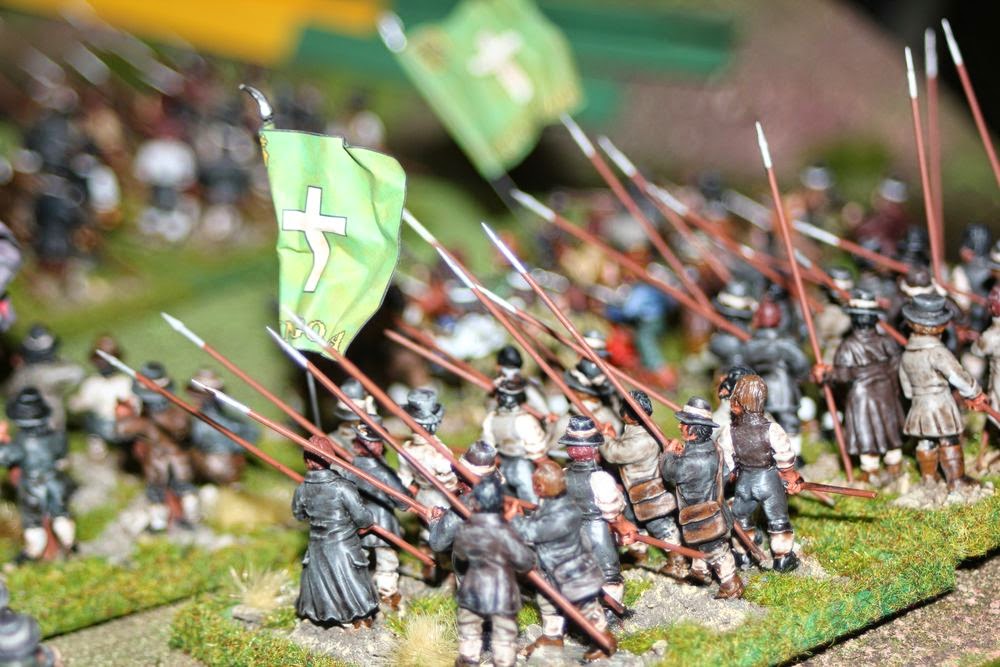 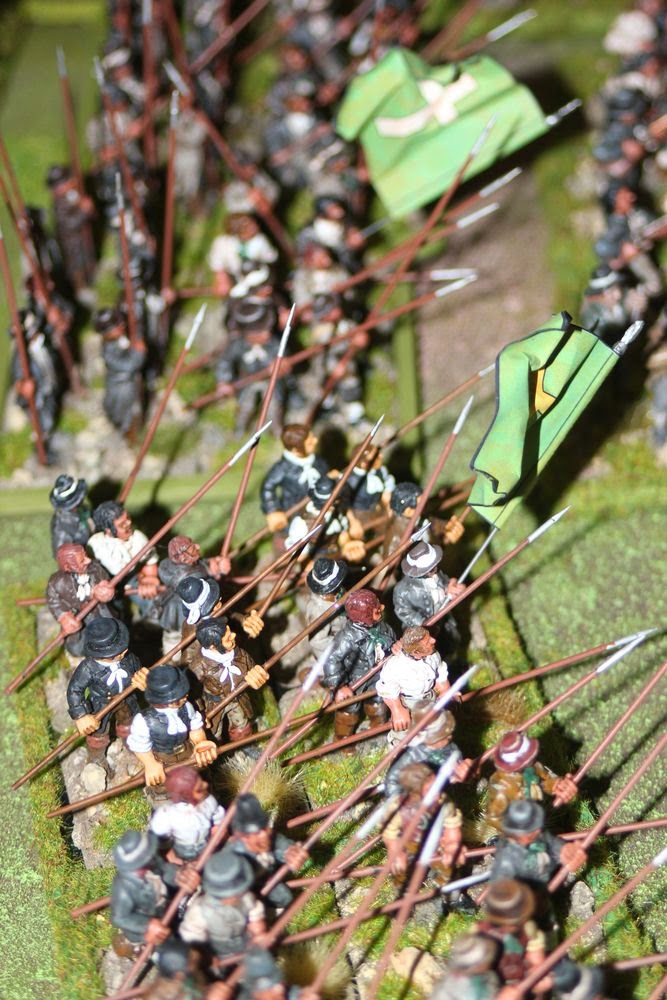 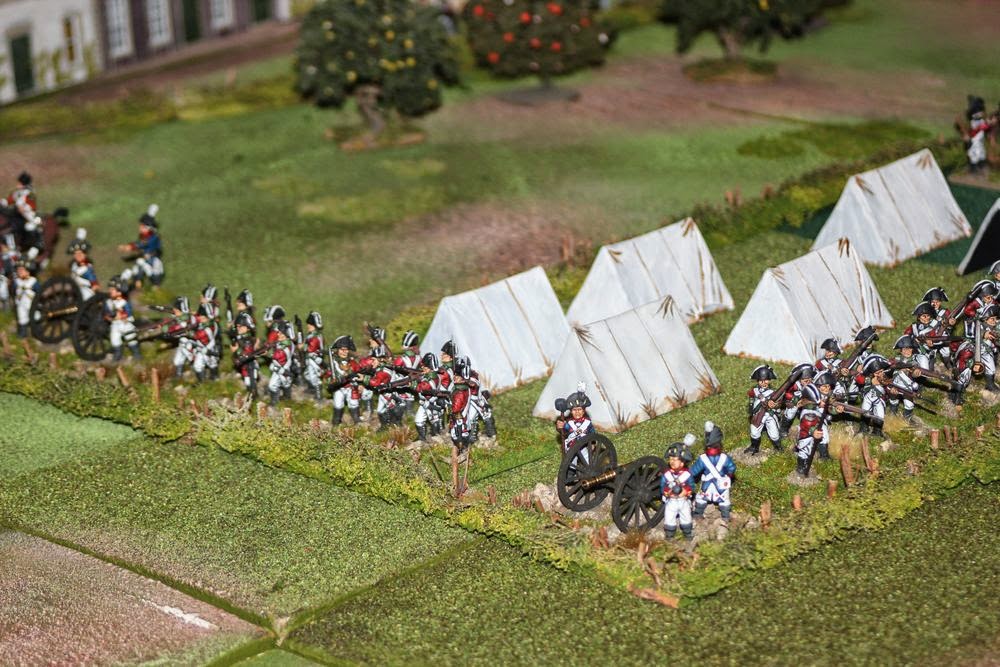 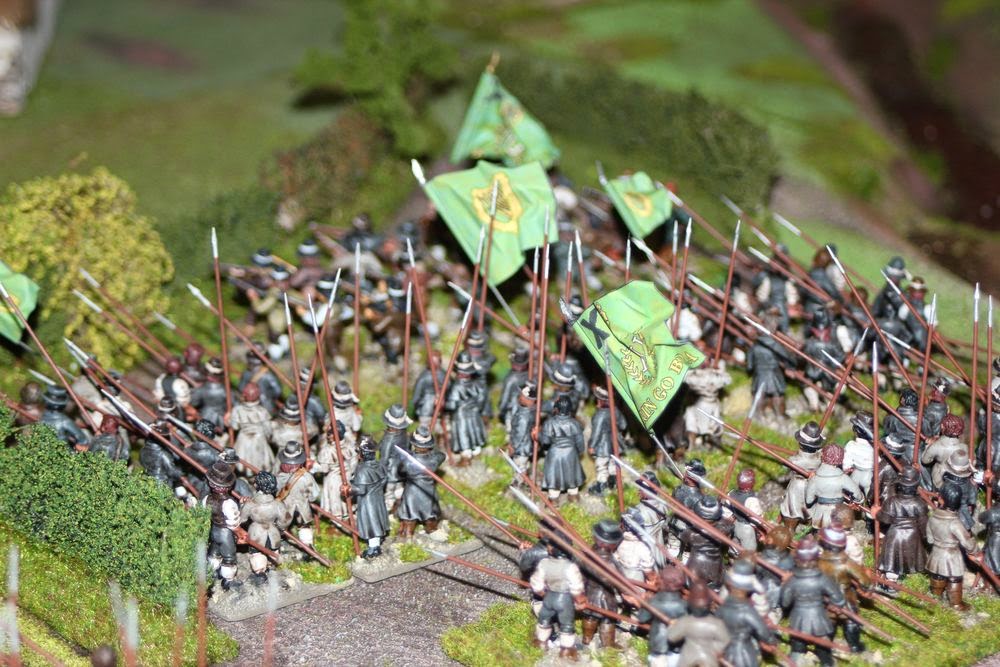 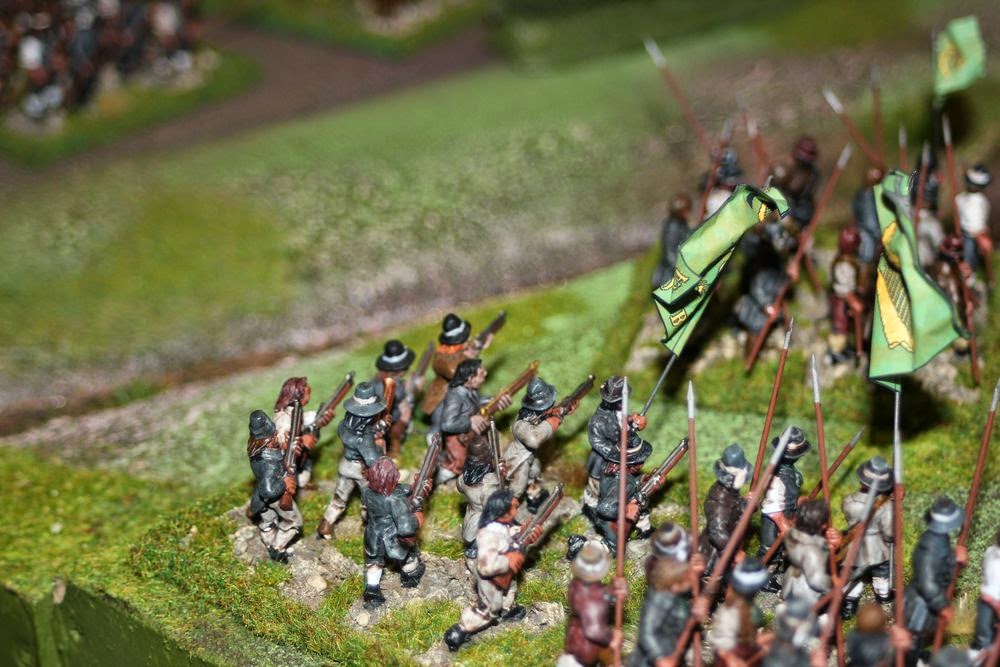 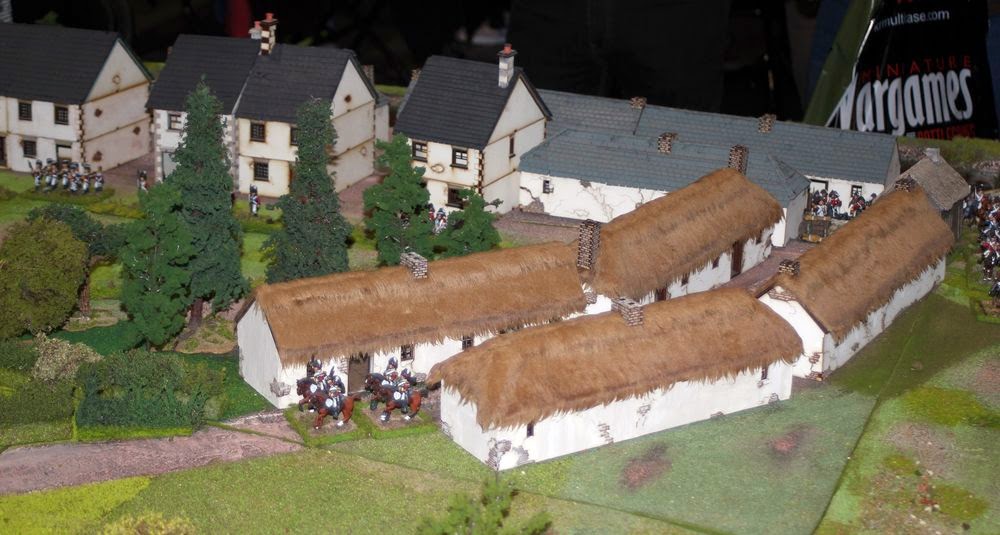 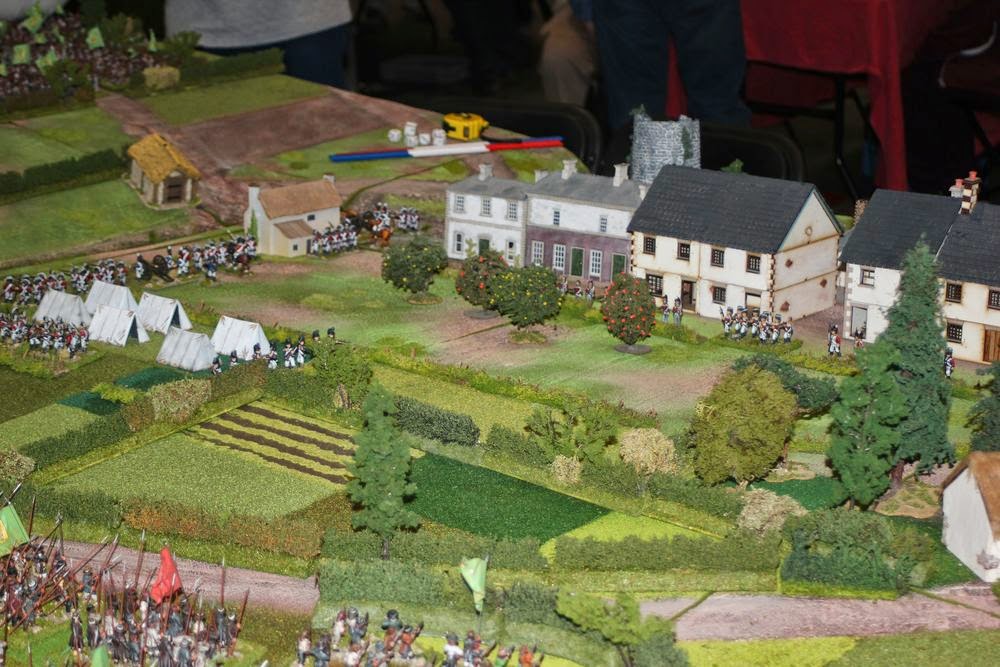 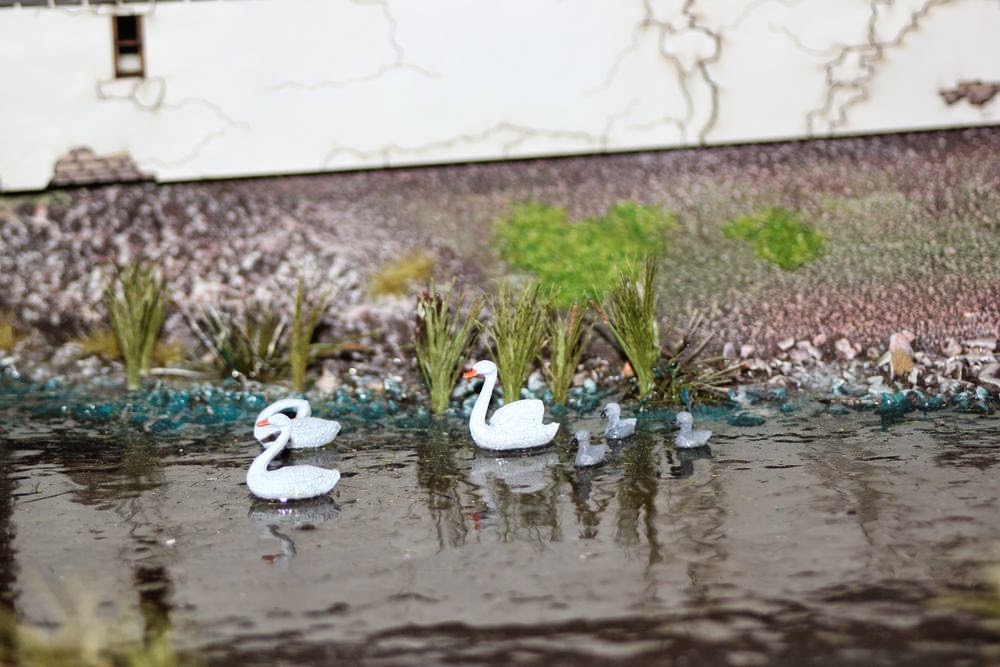 It is really teasing me to make figures in 1/72 for this subject because it is again one of the lesser known subjects and you know I always like the obscure stuff:-)) What would you think about it?

Here some plates for the uniforms of both sides: 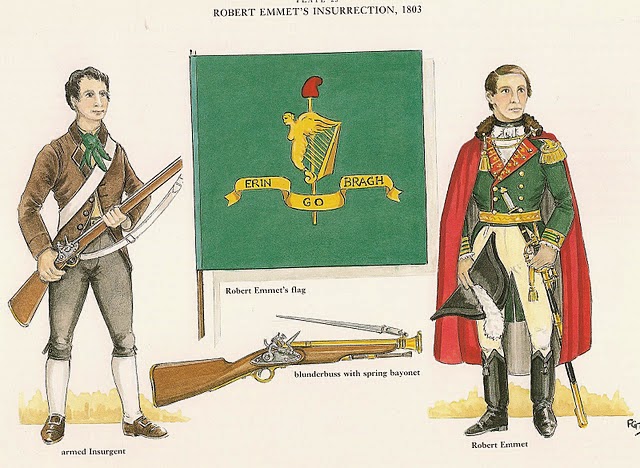 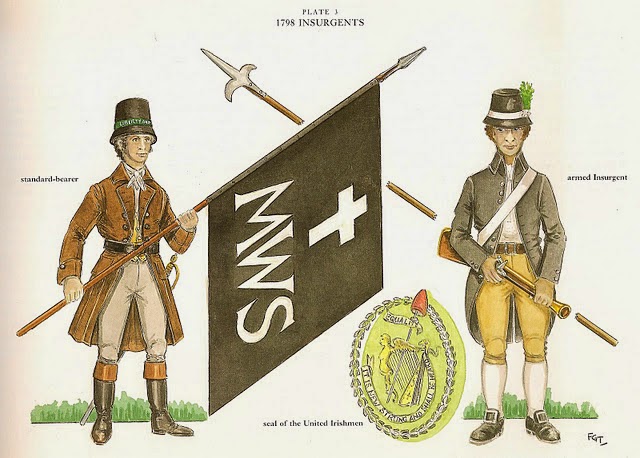 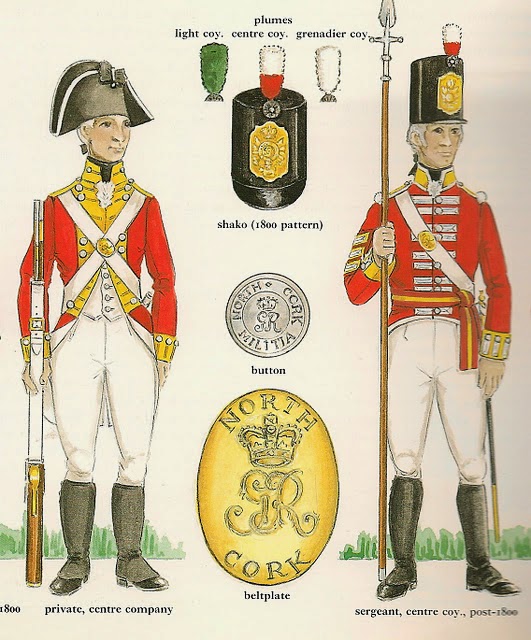 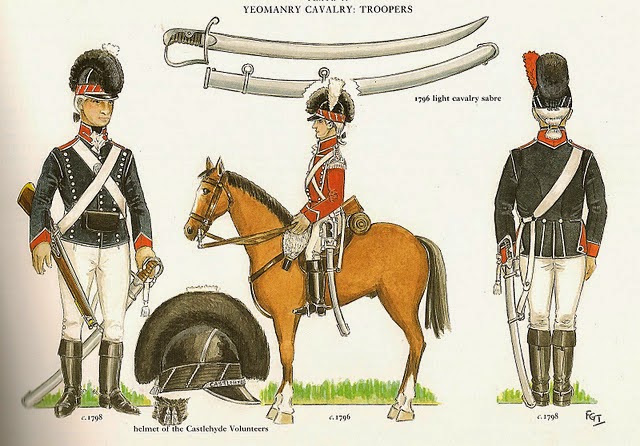 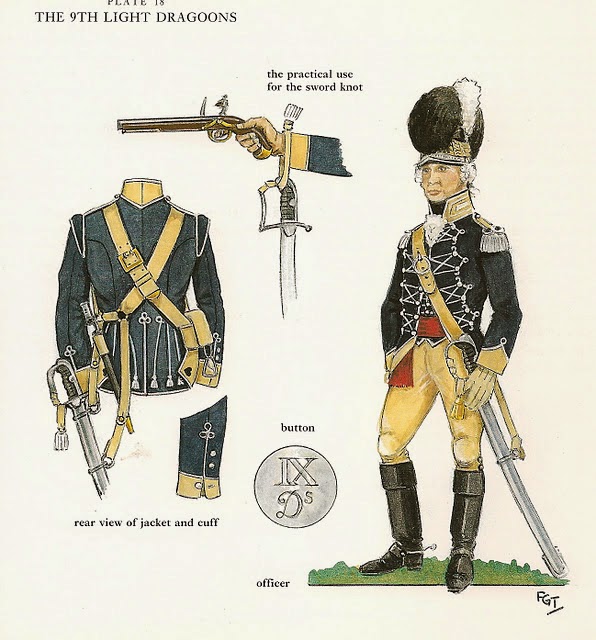 And here some paintings from the best known battle in the uprising - Vinegar hill (sound tasty). 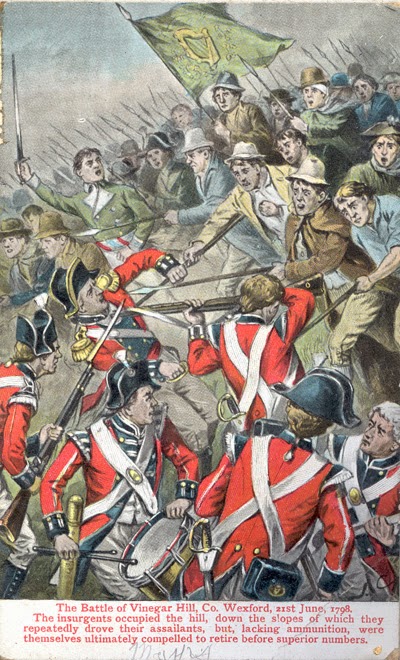 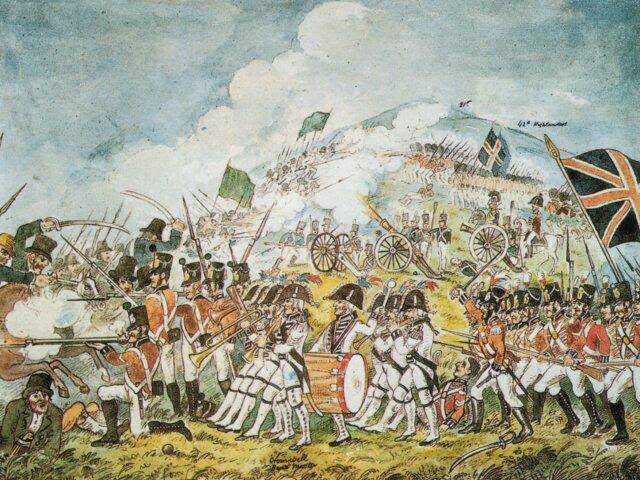