Just ten weeks ago, I wrote about the loss of Thomas Lauble. Yesterday, I have got another shocking phone call from Vienna.

My friend and fellow figure enthusiast Martin Macalka died last Saturday. His hart simply stopped beating and he broke down. He was just 47 years old.

A peaceful death, but much, much too earlyL

I met Martin years ago digital through a forum. Over 30 years he collected plastic figures in scale 1:72. Nearly every month he sent me his actual list, where he always added the latest additions to his collection.

If you collect plastic figures in 1/72, you maybe know Martin’s own try to produce figures – His Swiss Vatican Guard - 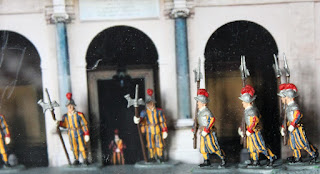 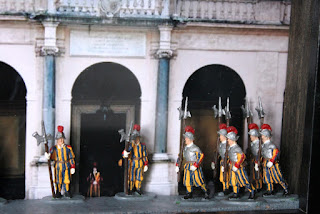 When we started Hagen Miniatures in 2013, I asked him, why he does not increase his collection into metals too. I sent him some figures from my collection and just a few days later the answer came “From where can I get such figures”. Later I told him about the Hagen concept to create your own figures and he was with us (of course) at once. As an Austrian, he wanted to cover his nation’s history. We started with his range of Radetzky 1848.  He had many plans and I often had to tell him, the sculptors only have two hands and it takes some time, to produce everything.

The last time, I met Martin was at the second Dioramica nearly 3 years ago. His last package to me was a gift of two special figures – Napoleon from Caesear miniatures. My parcel to him is still on the way….

Martin was an educated, friendly and helpful man. Years ago he served with the Austrian army as military chaplain, in his last days he worked in a home for elderly peoples as a pastoral agent.

No joke, he took a special service form the Austrian post and ordered stamps with his image 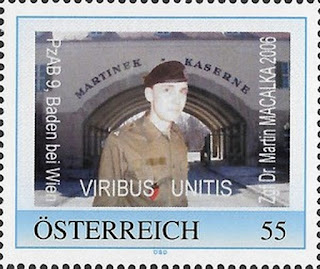 May God rest his soul! 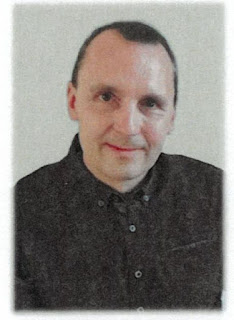