My last visit to Alfred and some figures from his collection

Usually when I visit Alfred, my pedometer tells me, I don't have moved much:-) No wonder, I usually sit and copy uniformplates from his archive into mine and vize-versa.

This time, I had some steps more, as I explored the collection and found some interesting new stuff, which gave me new ideas.

I think they are useful for the backround in dioramas and the half round figures can mixed with plastics. This figures are more difficult to get, I hope for Kulmbach in August. Many exotic units are available from this ranges. See here for example Turks and Greeks around 1897

The next was a small shelf with armies of India in the 18th and 19th century. This is as you know one of my favourite subjects. The figures are 25 or 28mm figures. But why not produce them in 1/72 and increase my range of Wellington in India. That reminds me on my wishlist for Massimo, where is still and Indian prince on an Elephant. 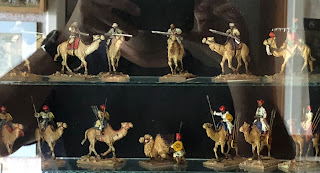 Beside this there are some new additions to the 1:72 collection. A nice conversion idea, something useful to do with the Italeri figures. 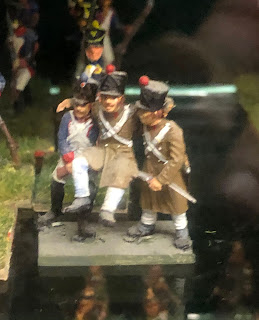 Or with the thousands of Airfix French artillery lying around:-) 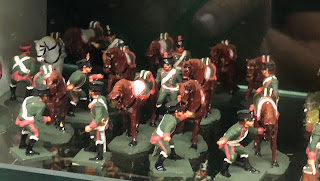 My Mamelukes need a drummer too 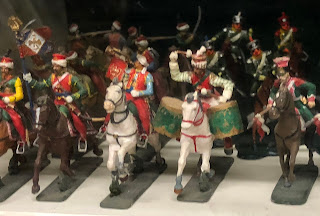 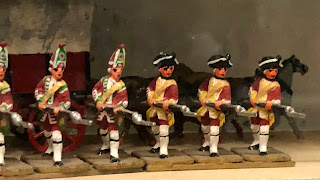 The good old times, when the Airfix Grenadiers gave the only possibility of conversions into Austrians. On a diorama you won't see the difference 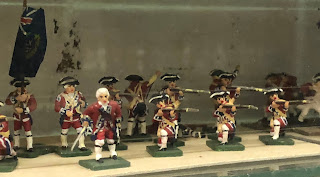 And finally one of "Frankensteins" interesting ideas. British infantry into austrians at Solferino.
And not only them, see also Airfix Japanese! 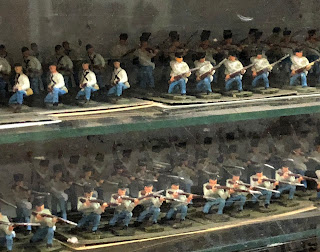