Well with what part of the diorama should I start? Let us go from left to right from the Roman sight.

While the fighting of the infantryline was going on and on the right Roman flank the Elephants were taken on by the wagons, on the left Roman flank there was still a cavalryfight.

Here the Greeks had the bigger numbers and had some advantage 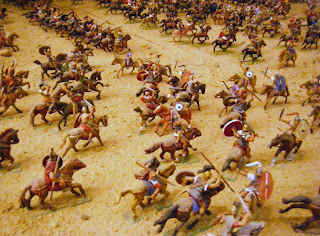 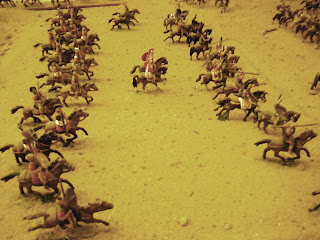 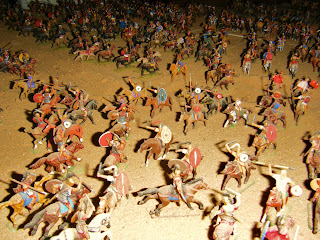 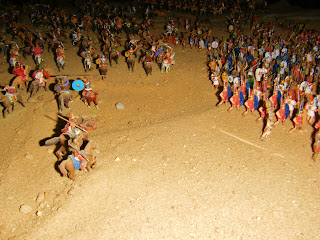 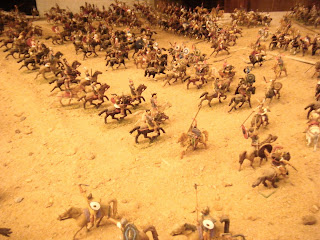 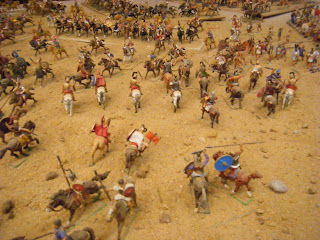 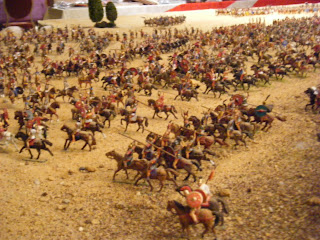 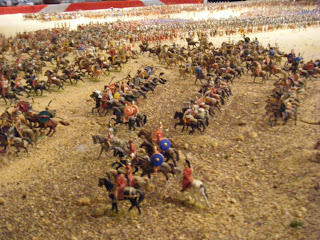 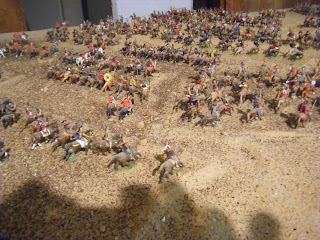 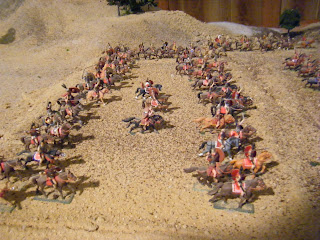 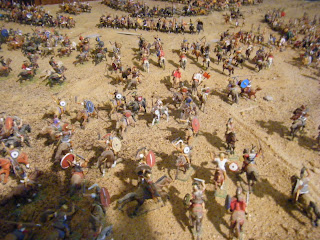