On the other flank - the "tank-battle"

After their defeat at Beneventum the Romans recognised that they can't fight Elephants with their frightened
horses. So they designed a sort of ox-drawn warwagon armed with Anti-Elephant weapons. Well, it didn't really worked. The Greek light infantry with the Elephants shot the oxen and the motionless wagons were an easy prey for the Greeks. Especially as they had the advantage of the "higher ground".

In my eyes the best part of the diorama. The landscape was simply flat, but here Peter had some nice ideas for using stones etc. for the ground. 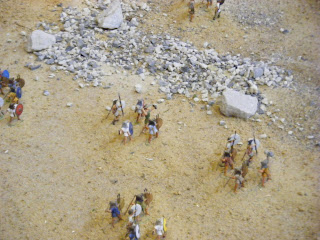 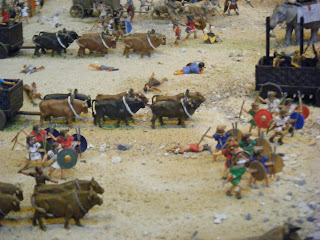 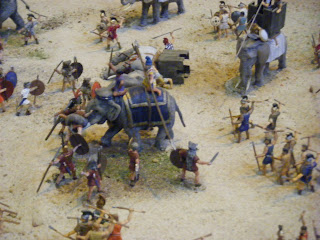 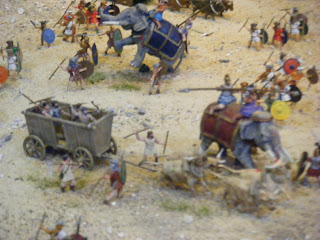 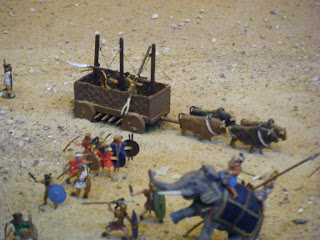 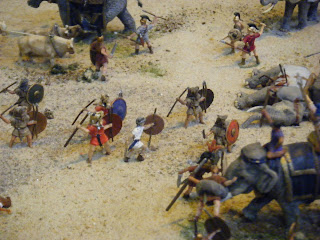 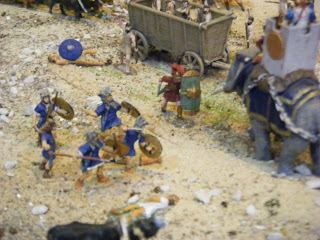 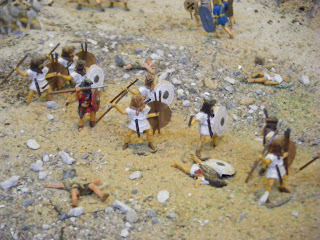 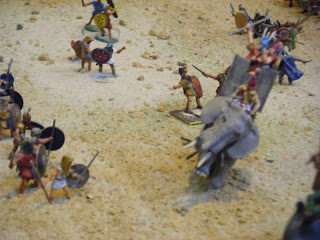 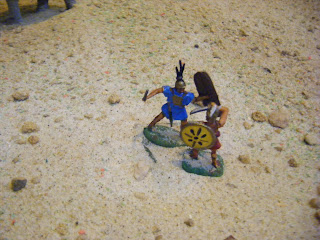 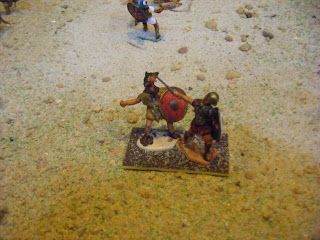 This velite is loosing his head.... 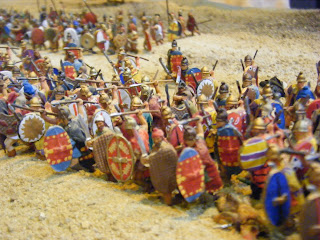 A long row of Thracians in support of the Elephants 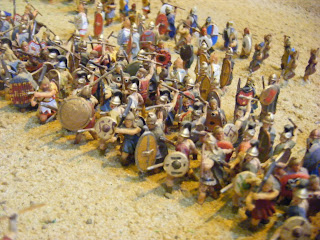 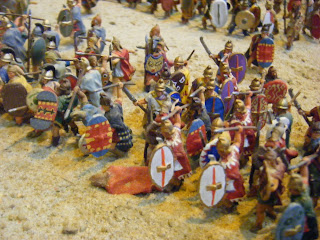 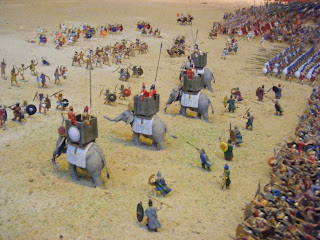