The last weekend I search for six hours all the books about the SYW, which I had in my collection. It is very hard to find a detailed account. So far, I have searched out around 15 different sources. Some detailed info comes from the regimental histories. Their losses gives a suggestion, in which line they stood.

At least I found a map with the names of the Generals. Now I know, where the brigades stood. 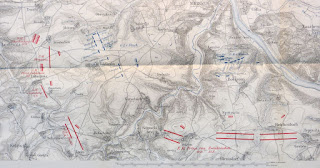 The Freibattalion Wunsch (two battalions) defended the left wing of the Prussians against the Reichsarmee in the first line. So I decided to paint them in fighting positions.
In reserve stood combined Grenadiers (2nd "Line" and 2nd Garrison).
Interesting is, that the "Wunsch Legion" not only had infantry, but also Sharpshooters and Hussars. 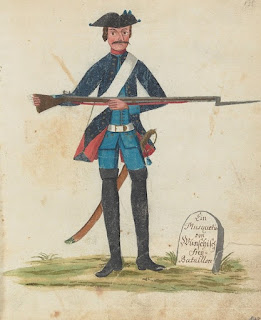 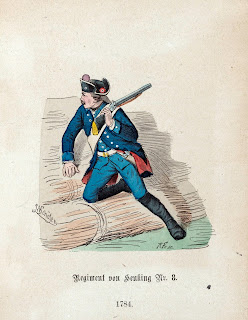 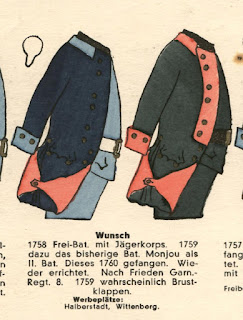 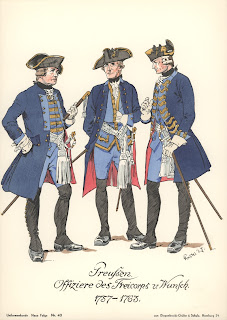 Osprey for example has a plate of the Sharpshooter

And we have some hussars too. 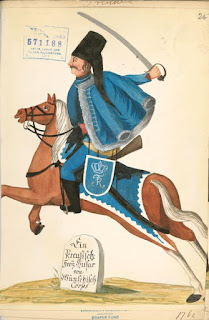